‘The Chalice — Of Sons And Daughters’: Sarajevo Review 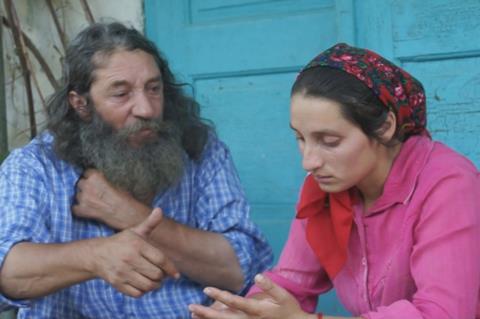 ‘The Chalice — Of Sons And Daughters’

The byzantine intricacies of weddings, dowries, marriages and inheritances among the Roma communities of rural Romania are the focus of The Chalice — Of Sons And Daughters, a documentary collaboration between academic-researcher Catalina Tesar and the country’s star editor Dana Bunescu. Premiering in the non-fiction competition at Sarajevo, this is a respectful, somewhat raucous slice of observational social anthropology, which should find further exposure at festivals and platforms favouring such fare.

An empathetic immersion into a fascinating, colourful and sometimes disturbing European subculture

PhD candidate Tesar has been studying the rituals and social structures of the Cortorari (aka Calderari) population in the far-southern Olt County for several years, during the course of which she has evidently gained the trust and friendship of several families. The key to documentaries like this is always access; the presence of the director(s) and cameraperson(s) here — three cinematographers are credited — is clearly tolerated and even welcomed by those being filmed. Very occasionally the filmmakers are addressed by their protagonists, but for most of the brisk 84-minute running time the standard (and now somewhat hackneyed) fly-on-the-wall technique is maintained.

A flurry of rather long opening title cards sketch in the highly complex business of Tahtai, the ornate silver chalices which are the mark of rank among Cortorari clans (and which are a remnant of earlier traditions practiced by Germanic nobles in the area). Every family has their own Tahtai, which can only be passed down from father to son — and which are seldom, if ever, produced from their well-protected storage places. Amusingly, the only actual glimpse of a Tahtai in the entire film is one blurry image seen briefly on a mobile phone; but these fabled objects are the main subject of conversation, debate and argument throughout.

The fancier and more valuable the Tahtai, the higher the status of the family which possesses it — but, as we see and hear, the value of a Tahtai is not a matter of objective assessment, rather one of collectively-agreed reputation. Boasting and bragging among the Cortorati menfolk leads to all kinds of squabbling and bad blood, magnified when the thorny matters of matrimony come into the picture: the more exalted the Tahtai, the higher the dowry that can be exacted from the family of a woman (or, more often, teenage girl) who is the prospective bride.

Even after those introductory explanations, keeping track of the nuances and convolutions of these arcane goings-on requires considerable attention on the part of the viewer. The human element is rather easier to connect with, via two young couples — comprising two brothers and two sisters — who experience the pleasures and pains of the highly ordered society in which they live. The strongest impression is made by clan patriarch Costica, a belligerent drunk who incarnates the worst, most chauvinistic and repressive elements of Cortorari culture.

The montage skills of Bunescu — she shares cutting duties with Ciprian Cimpoi — are crucial to the impact of The Chalice, which is mostly constructed as a series of short, to-the-point segments. Well established as one of Europe’s leading lights in her field, Bunescu — who frequently edits sound as well as image — has worked with most of Romania’s top auteurs, yielding a Palme d’Or (Mungiu) and two Golden Bears (Netzer, Jude).

Having previously collaborated with Mona Nicoara on The Distance Between Me And Me (2018), she returns to the documentary field with The Chalice. And while Romania has been one of the great cinematic success stories in the last couple of decades, documentaries and the work of female filmmakers have, dismayingly, struggled for recognition amid the throng of fiction features by men — the most notable exception being another Golden Bear winner, Adina Pintilie’s Touch Me Not.

Small-scale, visibly very low-budget and somewhat esoteric in its choice of subject matter, The Chalice is unlikely to buck these trends. But as an empathetic immersion into a fascinating, colourful and sometimes disturbing European subculture — one in which women, while very far from subservient, are routinely treated as second-class citizens — the film repays the attention it requires.