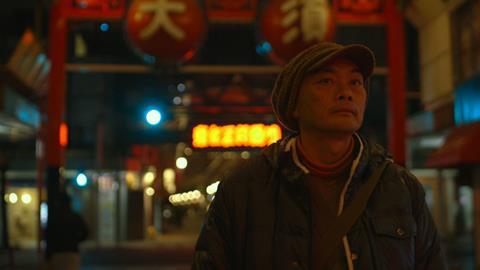 As thoughtful and unassuming as its central figure, The Departure offers a plaintive portrait of a Zen Buddhist priest in Japan who has become a one-man suicide prevention service. Yet the pressure to reassure, comfort and provide reasons to choose life has had a profound impact on his own health and wellbeing. Sensitively handled throughout, this is a melancholy documentary that becomes more revealing and moving the more we learn about the price he pays for his endeavours.

An intimate, deeply felt engagement with profound matters of life and death

Director Lana Wilson’s second feature after the Emmy-winning After Tiller confidently takes the time to draw you into the world of Ittetsu Nemoto. There are no introductory titles, no voice-over, just an immediate immersion in the retreats where Nemoto counsels those contemplating suicide. He explains the process of disconnecting with everything they hold dear and how they would feel on departing this world. Nemoto is a calm, gentle, good-humoured man but it becomes apparent that he is a slave to his calling. Every hour of every day is marked by the demands of those contemplating suicide who consider Nemoto their one life line. He feels compelled to answer every email, despairing phonecall and cry for help. “I can”t save anyone but I can share their problems,” he argues.

A closer examination of Nemoto reveals a weary, careworn individual who seems to feel the need to carry the suffering of others on his shoulders. His health is suffering as he develops a serious heart condition. He doesn’t give his wife and adorable toddler Teppei the time they deserve. All of it begs the question of why he is so devoted and that’s when the film really begins to take hold.

Revelations about a number of suicides of those close to Nemoto build a picture of a troubled figure seeking a meaning to life in much the same way as those who rely on him. It is a shock to discover that someone so caring and dedicated entered his profession by answering a newspaper advert. “Monk wanted - no experience required,” he cheerfully recalls. A heavy drinker who spent his youth dancing the night away, Nemoto still retains vestiges of his younger self, often drinking too much, surviving on little sleep and refusing to take responsibility for his health. The film’s most lyrical moments come as Nemoto is back on the club scene, dancing alone, lost in a rare moment of respite.

Nemoto spends his days advising the suicidal to hang on to life’s precious moments. The irony of the film is that he seems to have so little regard for his own life and family, declaring that: “I don’t want to have a long life just for the sake of it. A short life can be meaningful too.” Ultimately, Nemoto is also looking to understand why any of us should want to live. What had initially seemed a straightforward figure winds up feeling like a man with all the contradictions and moral dilemmas of a protagonist in a Martin Scorsese/Paul Schrader film.

You do long to hear Nemoto’s wife Yuki offering her perspective on their life together but that is not forthcoming in a film that keeps the focus on Nemoto. The result is an intimate, deeply felt engagement with profound matters of life and death.