'The Fate Of The Furious': Review

The eighth instalment in the franchise adds Charlize Theron and some witty new flourishes. 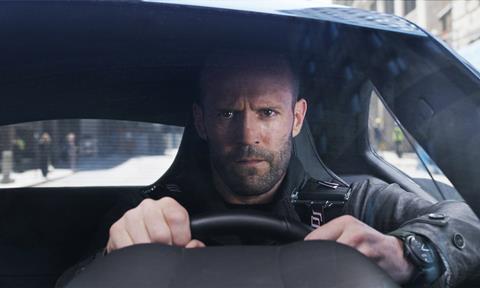 Think of The Fate Of The Furious as a car, with all sorts of updated features, yet not updated enough for the product to be unrecognisable.

This eighth instalment of The Fast And The Furious franchise, directed by F Gary Gray (Straight Outta Compton), is reliable, containing plenty of deafening car pile-ups to keep the core audience satisfied while also stirring witty new flourishes into the old recipe.

Eight is a lucky number in China, a territory the film’s producers seem eager to conquer with lots of martial-art duels in the mix this time. And Charlize Theron’s franchise debut as a sleek villain named Cipher may add some women (and a few new men) to the global Fast And Furious audience.

Mostly, though, the spectacle gives you enough action from enough famous names to sustain the momentum of its legacy. It will connect to its existing audience, and then some.

This means finding new territory to explore. In Havana, a novel colourful location for a commercial Hollywood movie with global ambitions, we get an opening drag race in the unkempt streets – won by the stalwart Dom Toretto (Vin Diesel). As soon as the engines cool down, an old flame, now a global criminal (Theron), gets Dom to betray his beloved team and his wife (Michelle Rodriguez). The US government, in the form of Kurt Russell and pompous sidekick Scott Eastwood, engages the Fast and Furious team (with echoes of The Dirty Dozen) to stop them.

Betrayal gets the film onto moral ground, with all sorts of sentimental pronouncements on family and loyalty. Yet if you’re watching The Fate Of The Furious, you’re more interested in new races around new places, and in new ways of punishing evildoers, most of which involve some version of a car collision.

In New York, where Dom is ordered by Cipher to pursue a Russian official, that action vocabulary gets some expansion. It was inevitable that self-driven cars would roar into the scripts of The Fast And The Furious franchise, and they do here, thanks to Cipher’s ability to weaponise digital signals from afar.

F Gary Gray and his writers seize on the opportunity for laughs in the tech horror of cars taking over the landscape, as vehicles that Cipher starts remotely pile into the streets and literally rain down from above. There’s a cliché that a city can become a character in a script, yet in The Fate Of The Furious, the cars in the New York sequences feel like weapons of a comic mass destruction.

You don’t watch The Fate Of The Furious for the acting, except perhaps for the wisecracks that come from the men in the cast. Yet Helen Mirren, in a brief appearance as Deckard’s mum, gives a delightful turn as a London mother-mobster with the make-up to match and a killer instinct for making her murderous son bleed with guilt. Assuming Mirren was well-paid for a role that couldn’t have taken long to shoot, her scenes are worth every penny and every second.

The other surprise in The Fate Of The Furious’s acting stakes is Theron, who leverages Cipher’s conscienceless guile with a soft restraint, although the script isn’t clear on what she holds over Dom from his past. It’s still enough to make you uneasy with the prospect that she may acquire the means to destroy a city or the world.

Gray and production designer Bill Brzeski find a balance between the specifics of new locations and the spectacle of crashing cars there. The film’s over-long crescendo on the plains of Siberia (filmed in Iceland) reminds you of a persistent problem in these sequels: car crashes can go on for too long, and this sequence does.

References to the character of Brian O’Connor (Paul Walker) ensure that the loyal audience doesn’t forget the actor’s role in building this dream team dynasty. The Fate Of The Furious is evidence that life goes on. The franchise has shifted gears once again and is racing toward new pile-ups.