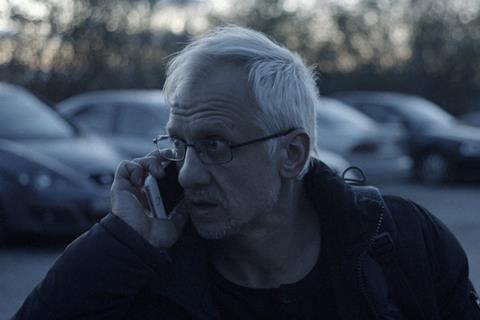 Bulgarian writing/directing duo Kristina Grozeva and Petar Valchanov seem to derive a perverse satisfaction from punishing good intentions. They do it in The Lesson (2014) and Glory (2016) and now again in their third film, in which a son’s efforts to protect his deranged father from folly at the hands of a dodgy psychic come at a high cost.

Feeding off a fine script, both stars play their characters dead straight

While there has been a certain black comedy involved in their former characters’ dilemmas, this time around the filmmakers are more fulsomely enjoying the funny side. The Father is a supremely well-honed comedy, segueing between farce and satire, with a little sweet profundity in the mix as father and son reconfigure their relationship after years of ill will. Anyone with an ageing parent will feel particular discomfort, and this could well follow its predecessors’ theatrical, festival and awards success.

The film opens with a funeral that reveals a great deal about its two protagonists. As his wife Valentina’s coffin is lowered into the grave, Vassil (Ivan Savov) insists that the lid is removed and that his son Pavel (Ivan Barnev) take some final photographs of the corpse. Pavel declines because he knows it’s in bad taste, his father berates him in front of the other mourners before snatching the camera and doing it himself. Later, when alone, Pavel finds the photos and deletes them.

Vassil is a monstrous man – arrogant, domineering, obsessive and demanding. He doesn’t much like his son and, in his company, Pavel becomes browbeaten and clumsy. Yet he’s a middle-aged man, his hair just as white as his dad’s, with his own photography business, a wife and a baby on the way. He’s reliable and considerate. Vassil just doesn’t see him.

Their dynamic is put under the microscope in the days following the funeral, as the grieving Vassil becomes convinced that his wife is trying to communicate by cell phone and determines to visit a famous medium, Dr Ruvi, in order to get a direct line. Despite needing to return to his business and his wife, Pavel is drawn into Vassil’s slipstream; and the crazier his father becomes – at one point determining to sleep naked in the woods, under Ruvi’s instruction – the more difficult it is to leave his side.

Feeding off a fine script, both stars play their characters dead straight – Pavel a mixture of exasperation, desperation and simmering anger, Vassil on a downward spiral as his single-mindedness is swelled by trauma – while allowing the comedy to come from situation. A hilarious stand-off between Pavel and local police officers comes to a head over quince jam; Vassil’s cunning attempt to give Pavel the slip sees father and son riding a horse and cart while chased by pumpkin pickers.

Interestingly we never see the two people pulling from the wings - Dr Ruvi and Pavel’s wife, though the latter is ever-present as a voice on the phone, increasingly suspicious of her husband’s absence. In contrast, Barnev is on screen throughout, a hugely endearing presence who holds the film together.

While an audience may wish Pavel to leave the corrosive old ingrate to his fate, the son’s persistent decency sees him grow in stature. All the while, Grozeva and Valchanov reveal little titbits of prime information about the father-son discord and lay clues as to what’s really behind Vassil’s extreme behaviour. As directors, they orchestrate both the heated father-son confrontations and a certain amount of to-and-fro on the road with equal aplomb.