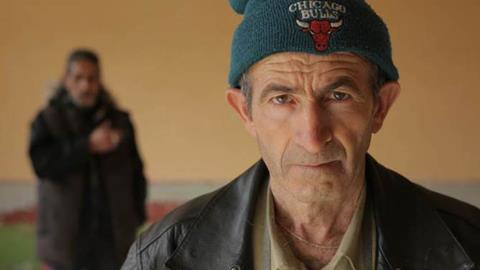 ‘In a dying village somewhere on the decrepit border between Bulgaria and Turkey, ageing postman Ivan has come up with a plan. He’ll run for mayor and invite the refugees from Syria, who make a ghostly trek through his one-carthorse town late at night, to stay and make their lives there. He finds ready agreement in some quarters: “They can have my vineyard!” declares an elderly, stooped resident. But many here still hanker for the good old days of Communism and fear the refugees will take their non-existent jobs.

There’s a lot of sadness in this film, and, for outsiders to Europe’s issues, a textbook illustration of how poverty and utter decline – the village doesn’t even have internet - can whip-up xenophobic sentiment

Welcome to the far reaches of Europe, where even the tiny village of Great Dervent isn’t immune to the hot blast of ultra-right nationalism which is sweeping the continent. Tonislav Hristov’s (Soul Food Stories) documentary is decidedly cinematic and timely. Premiering at IDFA and sold internationally by Cat&Docs, it is reminiscent of last year’s Ukrainian Sheriffs in its view of life on the borders where one man attempts to make sense of the detritus left behind by the fall of Communism, and should enjoy much the same critical and commercial tenure. Despite its good looks, though, The Good Postman can feel choppy and constructed, occasionally lurching out of sequence and requiring the viewer to overlook some inconsistencies.

Ivan is Great Derwent’s titular mailman, delivering newspapers, advice on water bills, and even stitching up one of the town’s many decrepit inhabitants - several of whom are also called Ivan – after a fall. He’s desperately lonely and in despair over the future of the village. He decides to run for mayor. His platform?  “I’ll bring people here from Syria, they’ll settle. Together, between us, we’ll create a good environment in the village.”

Many agree. Such is the plight of Great Dervent, though, there are only about 40-odd eligible voters in a village where “people die and no-one is born,” and households live on 50 euros a month. Older residents are brought to tears by the circumstances of the refugees who file through the town, offering them scarce cheese and bread on their way, and welcome Ivan’s plans. “There will be children and they will laugh,” says one.

But others – ironically Ukrainian immigrants amongst them - are frightened by the refugees, who leave behind embers of fires in the deserted school. Chief amongst the naysayers is long-haired layabout Halachev, who becomes increasingly right-wing in his pronouncements. He’s the kind of small-town bad-guy who rips down Ivan’s posters and tries to seduce voters with nationalist rhetoric washed down by free beer and meatballs to the sound of a wonky synthesiser. “Bulgaria for Bulgarians,” he says. “They Syrians are worse than gypsies.”

Ivan is No 15 on the ballot, and Halachev is No 8, but even though they’re ideologically opposed, they do have common ground in their despair at the spectacular indifference of the current mayor, Vesa, who is in her office through some sort of family nepotism.

There’s a lot of sadness in this film, and, for outsiders to Europe’s issues, a textbook illustration of how poverty and utter decline – the village doesn’t even have internet - can whip-up xenophobic sentiment. People now bitterly regret the end of Communism, seen through a rosy lens (“internet for everyone, like Putin’s Russia!” promises Halachev). In the meantime, the introverted Ivan looks on in despair at news reports of the rise of the right in his home country and the involvement of Bulgarians in callous people-smuggling rings.

While this part of Europe is certainly forgotten about, it is not deficient in its natural beauty and Hristov makes the most of wide-angle shots with magnificent vistas.. As Ivan, who acts as a lookout for the European Border Police, ponders what to do next, his surroundings make this seem like a timeless story, which, in reality, it most probably is.