A free-flow, free-form documentary which takes in the director’s Aztec heritage 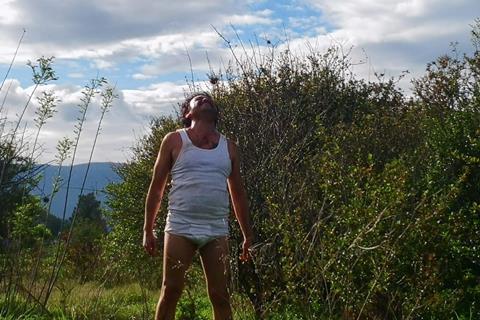 Making its international premiere at FIDMarseille, Mexican feature The Howls can’t really be categorised as a documentary – although that doesn’t mean it isn’t one, either. Like many self-referential experimental films, it might be considered a documentary about its own making – or, alternatively, as a free-associative evocation of central Mexico’s Aztec heritage, or a micro-budget venture in home schooling, starring the film-maker’s daughter. US/Guatemalan/Mexican director Julio Hernández Cordón is noted for his spiky, individual auteur variations on genre cinema, including I Promise You Anarchy (2015) and dystopian gang fantasy Buy Me a Revolver (2018). By contrast, The Howls is an eccentric, highly personal, ultimately somewhat hermetic home movie unlikely to seduce those not already committed to such intransigently off-the-cuff hybridism.

Intermittently engaging as it is, The Howls feels too much like something that Fabi’s dad cooked up to keep her busy over the holidays

Using scrawled title cards redolent of genre horror, the film begins with a preface (seemingly shot on a phone, judging by the ratio) in which director Hernández tells his daughter Fabi (Fabiana Hernández Guinea, who appeared alongside her sister Matilde in …Revolver) about the film he wants to make with her and some friends. It will be improvised, set in his hometown of Texcoco, north of Mexico City, and will be called Instagram Stories – or perhaps not, he decides, given the risk of legal action. His friend Paco (Francisco Barreiro, also one of the film’s producers) will play multiple roles, including Fabi’s grandfather – in which guise we see him at the start, face daubed in mud, emitting animal howls and prowling with a rifle, which he then hands over to Fabi, who appears to be in her early teens.

The film comprises a string of vignettes centred around the girl, seen exploring diverse terrains around Texcoco by herself, from manicured suburbs to barren wastelands, or enacting two-hander scenes, mainly with Paco but also with her mother (played by Alejandra Estrada) and a very hairy piano-playing female werewolf (Graciela González). Paco’s guises include a security guard, a long-standing family employee and an irascible bar owner: in one scene, he switches between the latter two, simply by donning a suede jacket. Also involved is a masked figure in a shiny hoodie, seemingly representing Fabi’s dad, who whispers her lines in her ear, which she repeats on the spot – much of the dialogue involving stories about his youthful talent for climbing over walls and fences.

The documentary content proper comprises interviews with locals who recall the lost Lake Texcoco, which vanished years ago during the construction of an airport. Some also recount the feats of Neza or Nezahualcoytl, the Aztec king who once ruled the area, sometimes represented on screen as a white-cloaked ghost figure. His accomplishments, we hear - including poetry, botany and architecture - made him the Leonardo da Vinci of his culture.

The film’s themes come together affectingly towards the end when Fabi’s quest for the lake pays off in a bleak vista of its former expanse. But this arrives only after a meandering stretch in which Fabi and the camera often seem to just hang out, killing time. Sometimes this works to visually striking effect, thanks to Jaiziel Hernández’s spare but imposing photography. But sometimes Fabi and the film itself appear to be at a loose end. There are some engaging anecdotes thrown in – like a disobliging reminiscence about Robert Smith of The Cure. Sometimes Fabi narrates in voice-over, sometimes speaks straight to camera; in some scenes, she seems to have the time of her life, in others the whole affair seems to be paling on her, perhaps an inevitable effect of the film’s somewhat Harmony Korine-ish ‘what-the-hell-let’s-make-a-movie’ nature.

What’s most distinctive about The Howls is its cultural specificity, and while the exploration of a particular landscape is visually evocative, it is frustrating not to learn more about Nezahualcoytl and his legacy, perhaps in a more structured way. Intermittently engaging as it is, The Howls feels too much like something that Fabi’s dad cooked up to keep her busy over the holidays while introducing her to DIY avant-gardism on a shoestring. Many viewers may choose to drop out of the course early.