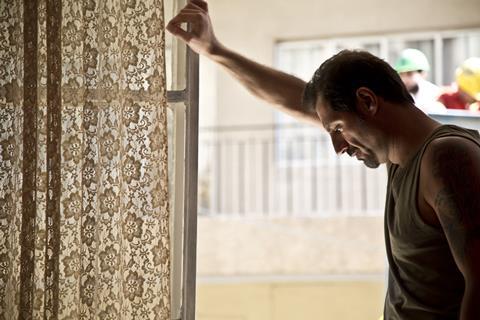 A banal insult escalates into civil unrest and riots in this edgy, fast-paced drama by Lebanese director Ziad Doueiri, which travels to Toronto after its Venice debut. An entertaining meld of character study, courtroom stand-off and national reconciliation parable, The Insult is rooted in Lebanon’s tense ethnic and religious mix and the unhealed scars of the 15-year Civil War that ended in 1990. In a country that is a weathervane for Middle Eastern tensions, it’s a bold and timely play with fire, but also a sensitive, good-humoured probe into human weakness – especially of the male kind.

A slick package peppered with lessons from Doueiri’s long association with Quentin Tarantino (he was first camera assistant on three of his films, starting with Reservoir Dogs), The Insult is let down by its final ten minutes, where a message about the need for national unity has been allowed to override the scriptwriters’ keen instinct for credible characters and intelligent drama. But that will not prevent an engaging film from touring widely beyond its pre-booked slot with Diaphana in France.

The Lebanese Minister of Culture was in Venice to support the film’s debut in competition, but it’s a measure of the eggshell nature of politics in the country that the first thing we see onscreen is a message telling us that the views expressed “are those of the authors and director” and don’t represent the government’s official policy. After this waiver, there’s more than a dose of mischief in the film’s first shot – a flag-waving rally of the ‘Christian Party’, better known as the Lebanese Forces, a grouping that arose from a cluster of right-wing civil war militias, arguably a destabilising force in the country’s delicate ethno-religious-political balancing act.

Big in Lebanon, where he presents an MTV comedy and variety show, Adel Karam plays Toni, a committed supporter of the Forces, who sings along to the party anthem while driving home from the rally. (Later we will see him playing old videos, in the downtown Beirut auto repair workshop he runs, of a party founder calling for the deportation of the country’s Palestinian refugees, who currently form around 10% of the population). A hothead with anger-management issues, Toni lives in what is clearly a working-class Christian district, with pretty, pregnant wife Shirine (Rita Hayek). One day, a trivial incident involving a balcony run-off pipe pits Toni against Palestinian building foreman Yasser (Kamel El Basha), a still-waters-run-deep kind of man of few words - two of the few being the insult he directs at Toni when the latter smashes the fix Yasser’s men have just installed for the run-off pipe problem.

It’s a measure of the film’s verve and pace that the two are facing off in court when we’re just 20-odd minutes in. This follows a second stand-off when Yasser - dragged along to the auto-workshop to apologise by a nervous boss, anxious about lucrative city redevelopment contracts - breaks two of Toni’s ribs with a punch instead, enraged by the mechanic’s comment “I wish Ariel Sharon had wiped you lot out”.

The Sunni-origin Doueiri and his Christian Phalange co-screenwriter Joëlle Tourma make this ride, which naturally escalates further, interesting by injecting shots of humour and refusing to let our sympathies settle – something that is abetted by the two leads’ nuanced performances. The Insult is also good on how a Western-style duel of honour between two proud men is co-opted and manipulated once it becomes a political crisis and a media event in a country with a tendency to rub salt into old wounds. It does this chiefly through the character of Wajdi Wehbe (Camille Salamé), a wily right-wing Christian prosecution lawyer, whose grandfatherly demeanour conceals a well of menace. The film also has plenty to say about male stubbornness and the casual misogyny that lurks behind the apparent equality of Lebanese society (in the courtroom, both the presiding magistrate and the defence lawyer are women).