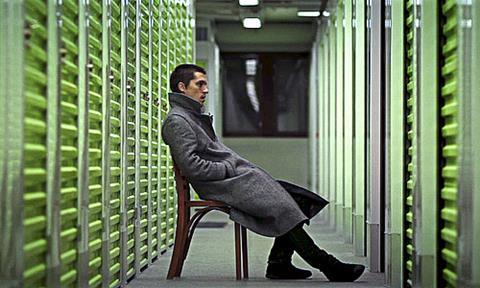 Taking the ‘documentary experiment’ format made by popular by then likes of Super Size Me, My Stuff (Tavarataivas) is a subtle and fascinating examination of modern culture and the incessant need of people to fill their lives with consumables.

This is an often surprising documentary that eschews the polemical for a wry and gentle reflection on Western culture’s relationship with the things that it owns.

After a split with his long-time girlfriend Petri Luukkainen found himself buying more and more things with his credit card. Deciding enough is enough, he starts a new experiment. Everything he owns will be put into storage (literally everything: Luukkainen begins the film completely naked in a totally empty flat) and he will allow himself to pick one item per day while forbidding himself from buying anything new. As he retrieves his items one day at a time, Luukkainen begins to appreciate the difference between what he wants and what he needs. But when a new girl enters his life, the experiment proves a little more difficult to keep going.

This is an often surprising documentary that eschews the polemical for a wry and gentle reflection on Western culture’s relationship with the things that it owns. Luukkainen starts with the things that he needs (unsurprisingly, the first item he retrieves is a long coat) and it leads to some wonderful moments when he rediscovers the joy of something he’s denied himself: the warmth of a duvet or the softness of a pillow. But as his basic needs are slowly taken care, it becomes interesting to see how unnecessary many of his belongings seem and how easy it can be to live without them.

It sometimes sails close to the wind of feeling contrived but the film deals with some of the more obvious questions early on (such as where Luukkainen gets his food from or what he does with his pay) and makes a virtue of the fact that Luukkainen doesn’t exactly know why he’s doing what he’s doing.

Recently receiving its world premiere at the DocPoint Festival in Helsinki, the film has been released theatrically in its native country. Its gentle tone and strong visuals should find a shoe-in for documentary festivals and documentary distributors will find its premise a sellable one amongst international audiences.