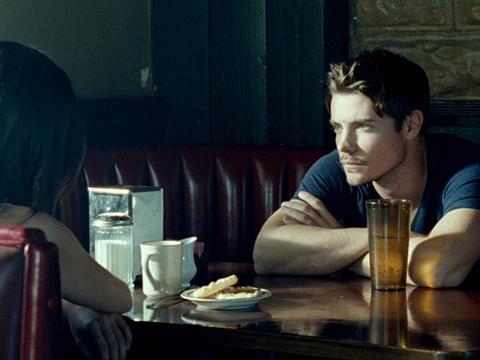 This Texas-set noir thriller has all of the right ingredients on paper, especially in terms of a smart cast and strong locations, but somehow the story can’t quite tally with the rather familiar storyline. TV’s Dallas star Josh Henderson (he plays the young J.R.) is theoretically the one to draw in the younger audience, but charisma along can’t carry a film.

Henderson has the looks and the moves but offers little depth to his simplistic character.

A strong supporting cast in the form of Beau Bridges and Aidan Quinn help give the film a limited gravitas, but while a limited US theatrical life is planned Rushlights’ most productive life will likely be on home entertainment.

Henderson plays young blood Billy, who goes on the run with new girlfriend Sarah (Haley Webb) when she finds her roommate dead from an overdose (though quite why they decide to hit the road is never overly clear). When they realise the roommate was set to receive millions in an inheritance, Sarah – who is virtually a twin for the girl – pretends to be her and the pair meet with the Texas lawyer (Quinn) who is handling the estate.

Things get more complicated as rumours of another heir surface as well the arrival of the roommate’s drug dealer who has followed Billy and Sarah, all of which leads the town sheriff (Bridges) – who also happens to be the lawyer’s brother – to get more than a little suspicious.

Henderson has the looks and the moves but offers little depth to his simplistic character (which may well be the fault of a rather by-the-numbers script), and while the film is nicely shot by cinematographer Gregg Easterbrook, Rushlights (a rather clumsy and inaccessible title) rarely offers anything new or exciting.