'The Tale Of Tales': Review 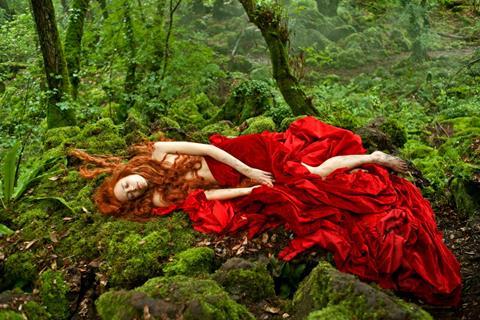 Brave to the point of madness, Italian auteur Matteo Garrone’s most visually and aurally ravishing film to date gives flesh and blood – and plenty of both – to three Neapolitan fables from a collection by 17th-century author Giambattista Basile. Garrone’s courage lies not only in the choice of folk tales that will be unknown to the vast majority of viewers, or in the costly cast and production values, but in his decision to present the stories relatively straightforwardly, preserving the matter-of-fact human comedy and Baroque terror of Basile’s originals and avoiding the Hollywood character-arc trap of recent fairy-tale refurbishments like Snow White And The Huntress. This is a film in which ogres are ogres rather than victims of prejudice, and when a strange hooded hermit tells a queen to eat the heart of a sea monster if she wants to get pregnant; there’s a palpable sense of a real, grubby, Medieval world in which such things were possible – such promises at least.

Garrone’s new film reminds us that traditional fables don’t need injections of contemporary relevance to grip, stir and disturb us.

Loud with lust and gravid with violence, or the threat of it, this is not one of those crossover films which will please kids and adults alike; in fact parents would be well advised not to let their progeny anywhere near it. But it’s this unearthing of the strange power of fairy tales to stir up raw emotions and buried instincts that makes Garrone’s strange, original, uneven but still impressive follow-up to Reality such a memorable cinematic experience.

The orthodox industry view would be that this is a difficult product to sell, as it falls into no neat genre or sub-genre – even the obvious Game of Thrones parallels don’t quite get it, as that successful TV franchise is a much more self-aware, post-modern beast than Garrone’s genuine tribute to the ability of folk tales to cut to the quick of our human foibles, desires, dreams and illusions. The name cast and English-language dialogue (which survives a couple of laborious passages that sound translated from the Italian) will help to win uncertain distributors over, and old-fashioned cinematic values – the tactile opulence of costumes and interiors, the lambent, dreamlike photography of regular Cronenberg DoP Peter Suschitzky, and a playful, nuanced soundtrack by Alexandre Desplat, should do the rest. Granted, the film still represents a theatrical challenge – but a tasty one.

Of the three stories that intertwine in the course of the film, one stands out. This is the tale of the King of Altomonte, a monarch whose high castle (in reality the striking Castel del Monte in Puglia) and absolutist power have become incubators for folly. Toby Jones is perfectly cast as a weak man who lets the business of state slide while, on a whim, he nurtures a pet flea until it swells up to the size of a sheep. His vain, closeted daughter Viola at first seems little more than a throwaway role, but in the hands of relative newcomer Bebe Cave – who has something of a young Emma Thompson about her – Viola blossoms unexpectedly into the film’s most engaging and surprising character.

A second tale centres on a barren queen played by Selma Hayek, whose doting royal husband (John C Reilly) agrees to the hermit’s deal outlined above, but dies in his tussle with the sea monster. The queen duly eats the huge heart – one of several set-piece tableaux in the film, this one playing a pristine, all-white room off against the bloody organ in its midst – but soon discovers that the servant girl who prepared the delicacy has delivered a child as well, and the two boys – the prince and the pauper (played by the Lees brothers), both albino – become inseparable, identical playmates.

The third story, and perhaps the one with most comic potential, revolves around Vincent Cassel’s lustful, orgy-razzled King of Roccaforte, who takes a fancy to a woman he hears singing in the street below his castle. She’s one of two old crone sisters who dye rags for a living in their hovel. When the randy king persists, Dora (Carmichael) agrees to visit her monarch in his bed on condition that he keeps all the lights out during their encounter. A strange transformation will ensue, while the other sister (Henderson, fantastically needy) is left behind to stew in envy and regret.

There are no pointed explanations as to why Garrone chose these three particular fables: they just unroll before us, with a fateful, A-leads-to-B rhythm which is underlined by Desplat’s soundtrack, sombre at times, tongue-in-cheek jaunty at others. Left to tease out themes, we spot a few that have interested Garrone at least since the days of L’Imbalsamatore (2002) and First Love (2004): namely, body images; the way certain people attempt to control their own storylines and those of their loved ones, and the way this can rebound against them. Again we witness the permeable line between fantasy and reality, which is crossed at a price.

Real Italian settings (Etruscan cuttings, neo-Moorish follies, deep river gorges) are used to imaginative effect, evoking a land that is other-worldly but somehow also of this world. Even the structural imbalance between the three stories (the Hayek strand, in particular, just seems to fizzle out) doesn’t torpedo the dramatic impact and raw energy of Tale of Tales. As with the recently released English translation of the unadulterated first edition of Grimms’ fairy tales, Garrone’s new film reminds us that traditional fables don’t need injections of contemporary relevance to grip, stir and disturb us.