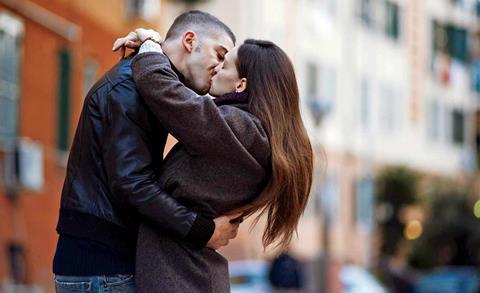 A young woman who has been raised within the nurturing but restrictive community of Jehovah’s Witnesses comes to realise that her own fulfilment and that of her religious duties are incompatible.

This confident first feature from Marco Danieli is the latest picture to mine the rich subgenre of the coming-of-age film which pits personal growth against spiritual growth - Alice Rohrwacher’s Corpo Celeste is another recent example. Worldly Girl works on a more direct level, powered by strong performances and a palpable sexual tension between the two highly photogenic leads.

Already part of its way through a festival run prior to a theatrical release in Italy in November, Worldly Girl premiered at Venice Days where it won the Brian Award and the stars, Sara Serraiocco and Michele Riondino, both won Pasinetti Awards for best actress and best actor respectively. This is a quality package which, given a few more wins on the festival circuit, may develop sufficient momentum to break out of the festival niche and connect with an arthouse theatrical audience.

Giulia (Serraiocco, best known for her performance as a blind woman in Salvo) inhabits a closed world which is fortified by the rules that come with her membership of the church of the Jehovah’s Witnesses. “My father says rules are like a cage for a diver among sharks,” she explains to Libero (Riondino), the ex-con son of a recent convert. Libero smiles at her obvious discomfort, clearly identifying with the shark.

A gifted mathematician, Giulia is urged by her teacher to enter the Pythagoras Games and to consider further education. But Giulia’s future is mapped out – an apprenticeship at her father’s factory and a lifetime of obedient leafleting and doorstepping, armed with the word of God. Much as she longs to continue studying, it’s a more basic urge that wrenches Giulia out of her box and into the arms of Libero. The first kiss between them is a convincingly incendiary start to a covert romance which could estrange Giulia from her family, her faith and her entire life. However, as former drug dealer Libero admits, hers is not the only world which comes with problems.

Danieli shoots in a mournful wintry blue colour palette with a crisp, clean frame which gradually gets more cluttered as the certainties of Giulia’s existence give way to the chaos of a ‘worldly’ life. The striking Serraiocco – she has something of Natalie Portman’s wistful beauty – is particularly strong and makes a persuasive guide through her character’s moral maze. And the chemistry between the two leads goes some way towards explaining the attraction between these polar opposites.

Although Giulia realises that she can’t exist within the church and live the life she wants, Danieli is meticulously even-handed in his depiction of the Jehovah’s Witnesses. There are no monsters oppressing Giulia and her family, and a pivotal confrontation is infused with sadness and regret more than bitterness and recrimination.