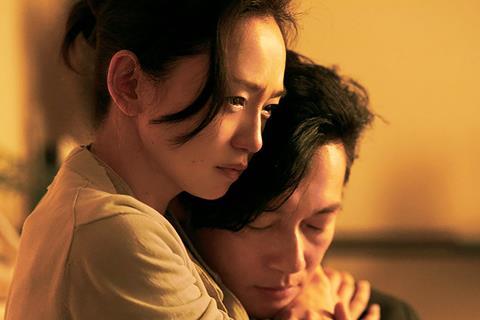 The latest film from the prolific Japanese director Naomi Kawase is a rewarding drama which weaves together knotted maternal bonds and textured character portraits. A Cannes label selection which screens in Toronto and San Sebastian, True Mothers is adapted from a novel by Mizuki Tsujimura about adoptive parents who are abruptly contacted by a woan who claims to be the mother of their son. An elegant, absorbing piece of storytelling, its universal themes and a tone which conveys empathy without tipping into sentimentality should prove attractive arthouse festivals and audiences alike.

A film which takes its time getting to know the characters and also makes a persuasive case that they are worth knowing.

Satoko (Hiromi Nagasaku) and Kiyokazu (Arata Iura) have a comfortable life and a supportive marriage. What’s missing is a child, something that fertility issues have made impossible. Fourteen-year-old Hikari (Aju Makita) is pregnant but prevented by her scandal-averse family from keeping her baby. An adoption is brokered through a not-for-profit organisation. Satoko relaxes into motherhood with her son Asato, until four years later, a young woman contacts her, demanding money and claiming to be the child’s birth mother

Kawase deftly handles what could have been a cumbersome non-linear structure. The film starts in the present, with Satoko troubled by the accusation that her son shoved another child off the kindergarten’s jungle gym. It then rewinds to explore Satoko and Kiyokazu’s journey to parenthood, through an organisation called Baby Baton. Back in the present day, the jungle gym incident is resolved. But it becomes clear that they have more to worry about – Satoko answers a phone call, purporting to be from Hikari. The woman on the end of the line makes veiled threats and attempts to extort money from the couple.

The film rewinds again, this time to follow Hikari’s story – from a naïve-love struck teenager through heartbreak and estrangement from her family, which is more concerned with perceived status and disgrace than with the emotional toll on a vulnerable young teenager. “You don’t know what we went through,” complains Hikari’s mother, who is taken aback by the sneer of derision which hardens her daughter’s smile.

The warmth of the film’s approach – with the exception of Hikari’s thoughtless family, no character is condemned outright, even the hustler girl who lands Hikari in debt with local thugs – is reflected in the film’s use of light. Both interior and exterior shots are gilt-edged by a glowing tawny sunlight, which in turn dusts everything with a subliminal hint of hope and optimism. That warmth is particularly evident in the scenes set at the Baby Baton island residential home where young expectant mothers find their own maternal figure in the form of Shizue (Miyoko Asada, terrific). The pacing is leisurely, but doesn’t drag: this is a film which takes its time getting to know the characters and also makes a persuasive case that they are worth knowing.

A pensive piano score is the film’s main concession to emotional manipulation, but even so, it’s restrained enough never to feel didactic. Elsewhere, the use of music is more successful – the motif of a gentle lullaby works as a kind of heart-string which weaves the stories together.