Taut investigation into the jailing of US whistleblower Reality Winner 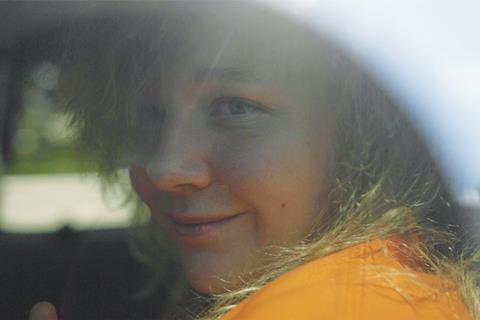 The impulse to do the right thing carries hefty consequences in United States Vs. Reality Winner. Sonia Kennebeck’s taut investigative documentary recounts the story of the whistleblower whose punishment reveals a state more inclined to jail the messenger than focus on the message. Festivals should welcome a stirring, smartly assembled film designed to provoke debate.

Successfully blends a human story with insights into recent US politics

Working with key creative elements in the team that made Enemies Of The State (2020), Kennebeck confirms herself as a resourceful, detective-like filmmaker assembling testimony, facts and context to illuminate a bigger picture. She brings clarity to complex events in a campaigning work that successfully blends a human story with insights into recent US politics.

Reality Winner (her real name) was a 25-year-old Air Force veteran and employee of the National Security Agency (NSA) who leaked a confidential document to The Intercept news site reporting on Russian interference in the US election process. In June 2017, eleven FBI agents came knocking on her door for a friendly chat to set their minds at rest about the possible mishandling of classified information.

The opening titles of the film reveal that it took a lengthy lawsuit against the FBI under the Freedom of Information Act to secure the release of their recordings of Winner’s interrogation. The recordings are played over blurry recreations of events to show a woman who was co-operative and naively trusting.

We later learn that US Attorney Bobby Christine, the FBI and the Department of Justice all declined to be interviewed for the film. Winner has been in prison since 2017 and is forbidden to discuss her case. Her personality is present in the film through those recordings, excerpts from her journals, emails and social-media posts. The woman who emerges is idealistic, irreverent and disappointed by an America that does not live up to her expectations.

Kennebeck’s focus is on telling Winner’s case through her family and supporters and seeking to establish the injustice of the five-year jail sentence she ultimately received. Her older sister Brittany provides eloquent testimony and the film becomes a salute to the loyalty and cheerful resilience of Reality Winner’s mother Billie even as the case exacts its emotional toll.

Kennebeck provides some fascinating historical context on the role of the whistleblower in US politics from Daniel Ellsberg’s release of the Pentagon Papers onwards. She reveals a pattern in which whistleblowers tend to be vilified by US administrations with something to hide. Among those interviewed are Edward Snowden, John Kiriakou and Thomas Drake. There is consideration of the media’s responsibility to protect their sources, and at the real heart of the story lies the question of whether Winner should be considered a patriot or a traitor. If the government suppresses a report revealing a threat to US democracy, then is an individual justified in breaking the law to make it public? The great irony, of course, is that it has now been made available.

Guilt is in the eye of the beholder in the film, with the US state seemingly determined to blacken Winner’s character, paint her as a danger to national security and seek the maximum punishment for her crime. Kennebeck’s documentary offers a more sympathetic, thought-provoking version of what motivated Winner’s actions and the morality of whistleblowing.