‘Veins Of The World’: Berlin Review 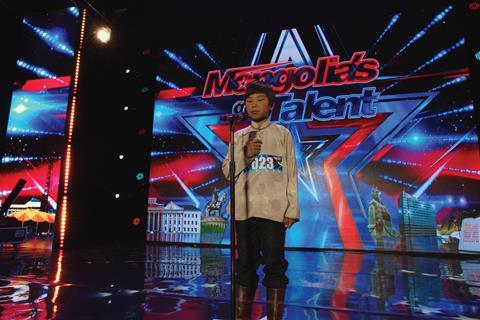 ‘Veins Of The World’

A child’s-eye view of the pressures facing the Mongolian nomadic lifestyle and on the environment which has supported it, Veins Of The World is a gentle, message-led drama from Byambasuren Davaa (The Story Of The Weeping Camel). Amra (Bat-Ireedui Batmunkh), an eleven-year-old boy who pores over Youtube clips of singers and fantasises about competing in ’Mongolia’s Got Talent’, finds his way of life upended when his father is killed in a car accident. Survival takes precedence, above education and his cherished dreams. But is working for the illegal gold miners who carve up the steppes the best way to honour his father and his family?

A key selling point for the film will be writer/director Davaa, best known for the appealing docu-drama Camel, and its follow up, The Cave Of The Yellow Dog. Although hampered by a slightly off-putting title, Veins Of The World shares with those films an intimate authenticity when it comes to depicting the lives of Mongolian nomadic herders. More than an ethnographic curiosity, the film, in its understated way, is an environmental cri de coeur. But with a bleaker tone and being less overtly charming than Davaa’s previous pictures, it may struggle outside the festival circuit. A certain naivety in the storytelling means that the film might be best suited to junior audiences.

Striking widescreen cinematography makes effective use of the drama of the Mongolian landscape. Tiny, against the looming mountains and vast open skies, a car laboriously churns its way through the dirt tracks which link Amra’s home, in a yurt on the open grazing land, to the small settlement where he goes to school. With his fellow students, stacked onto a bunk bed, Amra gazes avidly at the screen of a smart phone. But back at home with his family, life is more traditional. He rides a pony to herd goats, gathers salt from the earth, prays with his father at a tree ribboned with ceremonial banners. And, together with the rest of his family, he sings – folk hymns which have been passed down, like the subsistence traditions of the herders, from generation to generation. It is one of these songs, ‘Golden Veins’, that Amra would like to perform in the competition. But his parents are preoccupied with a growing threat to their way of life and the question of whether or not to abandon the land to the gold mining outfits which scar the landscape and drain the water table.

Like much in the film, the song that Amra finally performs is a little on the nose. ‘Golden Veins’ warns of the corrupting power of gold and the greed that taints the land. But Amra’s rendition is wrenching – the song, used twice, has considerable impact, standing out from the rest of the inoffensive rippling score.

A persuasive performance from Batmunkh in the central role carries the film on its low key journey, from childhood innocence, through grief and loss of direction, to a celebration of family and tradition. And while the pacing reflects the unhurried rhythm of nomadic life a little too effectively at times, there’s a slow-burning inevitability to the film’s bittersweet conclusion.