'What Doesn't Kill Us': Locarno Review 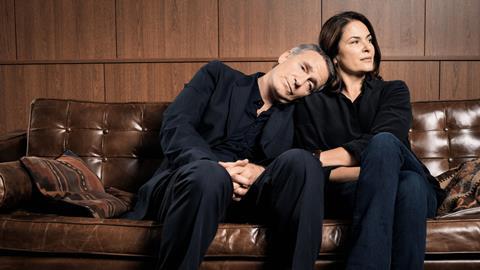 What Doesn’t Kill Us

Everyone just needs a little love and understanding, actually, in What Doesn’t Kill Us (Was us night umbringt). Mostly Martha creator Sandra Nettelbeck follows aspects of the Richard Curtis/Gary Marshall ensemble template with a glib, smoothly executed rondelay of bruised romantics, random coincidences and unexpected connections.The likeable cast of familiar faces and professional polish should allow the sentimental What Doesn’t Kill Us to work as undemanding, mainstream fare in its native Germany may lack sufficient edge to allow it to travel widely. However the film’s focus on older characters seeking to make changes or grasping at new chances should strike a chord with a mature demographic who have embraced a range of titles from the Marigold Hotel series to the surprise British hit Finding Your Feet.

Inevitably, there are connections that beggar belief and heart-tugging montage sequences set to the most sentimental of ballads

Maximilian (August Zirner) is a psychotherapist who spends his time trying to ease the worries and solve the problematic lives of others, including his ex-wife Loretta (Barbara Auer). He is divorced with two daughters. His days are taken up with the depressed, the lovelorn and those who have given up on life. His office is a rescue centre for lost souls, much like the shelter where he selects a new dog at the beginning of the film.

His range of clients runs from author Isabelle (Deborah Kaufmann), who is struggling to come to terms with death of her partner, to gay pilot Fritz (Olivier Broumis) who suffers from panic attacks and resents the way a disapproving family have kept him from the bedside of his dying lover. Max strives to maintain his professional objectivity but is starting to find it impossible, especially in the case of compulsive gambler Sophie (Johanna ter Steege), who feels unappreciated by her boyfriend. Fate seems determined to nudge the two of them together leaving Max with the challenge that in order to help others he really needs to sort out his own life and desires.

Nettelbeck has devised enough quirky characters and situations to generate an entire television series, never mind populate an overlong feature film. There’s a brother-and-sister team of undertakers with issues, zookeeper Sunny (Jenny Schily who has decided to keep the world at arm’s length, and Loretta has her own problems with a young lover who wants her to take their relationship more seriously.

August Zirner’s Max is the quiet calm at the centre of these hectic, intersecting lives. Rumpled looking and slightly hangdog, he cuts an appealing figure and succeeds in making us care about Max and the tentative steps he takes towards Sophie, played with spark and wit by a charismatic Johanne ter Steege.

Inevitably, there are connections that beggar belief and heart-tugging montage sequences set to the most sentimental of ballads. Cynics will conclude that this is not for them, but there are probably enough incurable romantics and consumers of reassuring comfort viewing to give What Doesn’t Kill Us a decent commercial future on home territory.