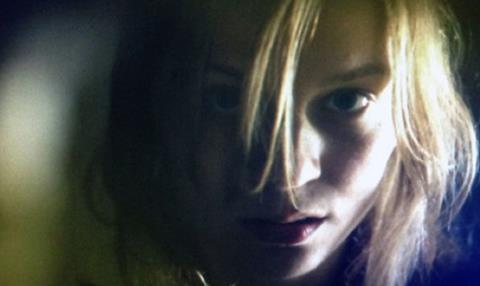 Repulsion meets Max, Mon Amour in Nicolette Krebitz’s Wild, as an alienated young woman finds joyful liberation from her humdrum life through heeding the call of the wild. The woman’s heartfelt attachment to a wolf is pitched somewhere between a love story and a twisted variation on traditional fairytale Beauty And The Beast.

The wolf holds her stare and then vanishes, but the moment is enough to alter Ania’s life. If Wild is a romance then this is love at first sight

This is a prospect that is unlikely to beguile mainstream tastes. Yet the initial sense of intrigue as to where this might be going and Krebitz’s ability to maintain our engagement with a distinctly odd premise lends the film enough edgy appeal to suggest a degree of cult potential in the manner of, but much more extreme than, White God. Krebitz’s first feature-length directorial venture since The Heart Is A Dark Forest in 2007 should also raise the international profile of this prolific actress and occasional director.

There are distinct echoes of Polanski’s Repulsion in the character of Ania (Lilith Stangenberg), a woman who endures the drudgery of her daily life working in a small office and living in an anonymous high rise apartment. Visually the early scenes are drab and dingy with Ania constantly in the shadows or left outside in the pouring rain. She is never one of the crowd in the office where she diligently makes coffee for the boss and has little social life beyond halfhearted contact with her sister and concern for a hospitalised grandfather.

One day she is stopped in her tracks by the sight of a wolf that appears from the local woods. The wolf holds her stare and then vanishes, but the moment is enough to alter her life. If Wild is a romance then this is love at first sight.

At this stage Wild suggests all kinds of possibilities - from outright horror to a psychological drama in which Ania gradually loses her mind to an overwhelming obsession with the wolf. Instead, though, she starts to woo the beast, leaving gifts of steak in the woods and eventually devising a plan to capture it and keep it captive in her spare room.

This seems madness, but Krebitz and actress Lilith Stangenberg play the story with commendable seriousness and even manage to find a poignancy in what develops between this decidedly odd couple. Krebitz does acknowledge the absurdity of what is happening in the equivalent of a falling-in-love montage constructed from nuzzles, licks and sniffs that unfolds to a plaintive ballad that can only be called “their” song. The aftermath is a romantic breakfast of scrambled eggs in which Ania is blissfully content and the expressive wolf (credited as being played by Nelson and Cossa) scoffs his food off the floor. The notion is pushed even further in a dream sequence where the relationship turns more erotic.

Apart from the hugely impressive work by the animal trainers, the most striking aspect of Wild is how Ania’s relationship with the big bad wolf seems to liberate her from bourgeois convention and unleashes a hungry sexuality within her (shades of Ginger Snaps perhaps?). It is something that seems strangely attractive to her besotted boss Boris (Georg Friedrich), and there is a sense in which nothing is beyond her now, from defecating on the boss’s desk to setting fire to the office. By the end of the film, this is a woman in control of her desires and her life. Anna’s sweet liberation and the very weird way in which it is achieved marks Wild as a disturbing and uncompromising work.