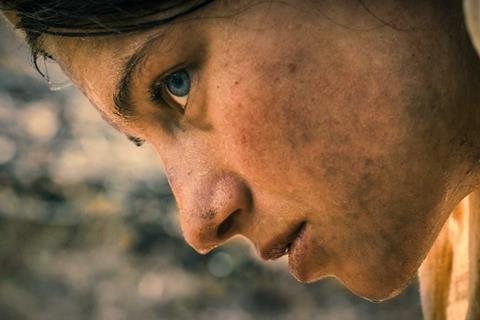 Milcho Manchevski’s first film in his native Macedonia for 10 years, Willow follows the director’s structural trademark – a collection of stories, spanning across time and location, yet connected in some way. Here, he’s offering a triptych of tales about women struggling to conceive, what they’ll do in pursuit of motherhood and the unexpected, in some cases tragic, consequences when they succeed.

Kamka Tocinovski powers the film towards its surprising denouement

The result is one of those films that feels casual when you watch it, but digs deep and remains, both poignant and profound. Executive produced by the late Nik Powell, who Manchevski credits for putting together a complicated co-production, it was screened in Talllinn’s Signatures section for ‘newest films by grand masters’, after its world premier in Rome in October. Its universal theme, appealing storytelling and the showcase Manchevski offers three fine female performers make a strong case for presenting to an international arthouse audience.

The first story features a medieval couple, Donka (Sara Klimoska) and Milan (Nikola Risteski), farmers who work the land together. Unable to have a child, and steeped in superstition, they visit a foul-mouthed old woman with seemingly mystical powers (the wonderfully wizened Ratka Radmanovic) for help. She has one condition: that the couple hand over their first born, to act as her companion and nurse, in the happy understanding that many more will follow.

They agree, and soon Donka is giving birth mid-harvest – when Milan hears the child’s cry, he runs across the fields towards her with his sickle, no less, to cut the cord. The boy is a beauty, but a year later the crone comes calling.  And the couple have a decision to make.

Just as we’re expecting a period film entire, the action switches to a traffic jam in modern-day Skopje and a beautifully light-hearted sequence –  kickstarted by a car accident in the pouring rain, during which the giant, comically bearded taxi driver Branko (Nenad Nacev), conscientiously caring for his not-too damaged victim, and amused onlooker Rodna (Natalija Teodosieva) are sweetly drawn together. A few years later the tone again gets serious, as the couple fall into serious debt through in-vitro treatment. When it finally works, and she conceives twins, the news is that one of the foetuses is malformed. Another tough choice awaits.

The third story involves almost no journey at all, as it concerns Rodna’s sister Katarina (Kamka Tocinovski) who has adopted a five-year-old boy, Kire. Possibly autistic, his total silence is exhausting and distressing, and yet Katarina refuses to give up on him.

Magic, science, adoption: these women do whatever it takes to have a child and must confront the consequences, often without their men being on the same page. Along the way, Manchevski spins some glorious, characterful storytelling. The almost romcom courtship of Rodna and Branko is a delight (one scene, built around the line “I’ll go wash the bananas”, would be worthy of Richard Curtis), making all the sadder the impossible situation that will threaten their perfect match. And a breakthrough moment for Katarina, when she encourages the tiny boy on her lap to take the wheel of their car – sparking the life and intelligence that’s been buried inside him – is extraordinarily affecting.

To have one of just three stories disconnected in time feels a little strange, like an arbitrary call during writing, but the thematic connection bridges the gap well enough. The impact of the first story falls upon Sara Klimoska, particularly her face in close-up, which conveys enough hope, desire, joy and grief for a whole film. For her part, the equally expressive Teodosieva feels like a major talent, not least as a comedienne, and Tocinovski powers the film towards its surprising denouement.

Production is exemplary, with cinematographer Tamas Dobos notably evoking both trepidation and romance in the film’s often teeming rain, and Kiril Dzajkovski’s fine score, influenced by  Macedonian folk music, stirring the emotions whenever it’s in play.