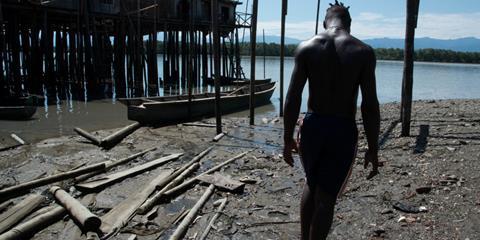 The oddly named X Quinientos – ‘X500’ – is in reality a small village in the state of Yucatán, and apparently the exact centre of the American continent. It’s left to viewers to make what they will of the title of X500 – this information is never mentioned in the film – just as Colombian writer-director Juan Andrés Arango never tells us explicitly what the connections are between the three stories in this energetic, documentary-toned drama about young people seeking out new lives.

With his multiple locations and dialogue in Spanish, French, Tagalog, English and the Mexican dialect Mazahua, Arango keeps this ambitious project spinning with impressive confidence

The tales are ostensibly unconnected, but there are powerfully resonant parallels between these three pictures of young migrants seeking to fit into new worlds by playing new roles. Following his well-received 2012 debut Playa D.C., this involving, briskly executed film should further establish Arango on the map of new Latin cinema, and get some moderate international distribution.

The film starts in rural Michoacán, Mexico, where a young man, David (Bernardo Garnica Cruz) leaves his village following his father’s death and moves to Mexico City to work on a building site; there he’s befriended by a co-worker who’s into hardcore punk, but also tangles with the gang that runs the barrio where he’s now living.

Cut to Buenaventura, Colombia, where young Afro-Colombian Alex (Jonathan Diaz Angulo) has returned from the US to his fishing village among mangrove swamps; a dazzling raconteur, he regales kid brother Andres with mesmerising and evidently hollow tales of derring-do in LA. Needing a motor for his boat, Alex finds himself inducted into a murderous gang, and realises that his young sibling already knows far too much about the adult way of death.

And in the third strand, Filipina teenager Maria (Jemie Almazán) moves in with her grandmother in Montreal, where a mix of unresolved grief and anger, peer pressure and the need to belong bring her rebellious streak dangerously to the fore.

With his multiple locations and dialogue in Spanish, French, Tagalog, English and the Mexican dialect Mazahua, Arango keeps this ambitious project spinning with impressive confidence. The drama is all the more imposing because Arango doesn’t attempt to impose an artificial we-are-all-connected framework (à la Babel or Crash) upon his alternating fragments of narrative; he cuts adeptly and suggestively between them, sometimes to nicely understated cliffhanger effect, and gets the maximum dramatic juice from each situation, using precisely drawn social milieux.

Subculture style is all, too, when Maria tries to swap her fresh-off-the-boat naivety for the bad-girl style displayed by her new friend Gemma: a scene where hard-as-nails Gemma waxes nostalgic for her childhood in Manila is one of the film’s most touching moments. As for Alex’s and Andres’s introduction to the business of murder, it’s a theme amply visited in many recent Mexican, Brazilian and other South American dramas, but it feels fresh here partly because of the unusual swamp-community background, partly because of the affecting presence of Diaz Angulo. Like the rest of the film’s cast, he’s non-professional, and while the film’s acting is in general unobtrusive and functional, it’s always immediate and compelling. One performer who offers a little more conventional dramatic projection, to highly poignant effect, is Almazán as the painfully confused Maria.