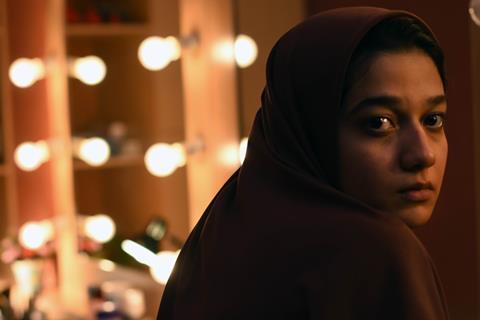 Yalda, A Night For Forgiveness

The hope for compassion battles the instinct for revenge throughout Yalda, A Night For Forgiveness. The second dramatic feature from Iranian writer/director Massoud Bakhshi (2012’’s A Respectable Family) attempts to use the story of one individual to illuminate wider issues surrounding the plight of women in a deeply patriarchal society. The slick assurance of Bakhshi’s approach makes for an accessible, pacey melodrama but one that can also seem to trivialise the life and death matters at the core of the story. Positioning the film commercially could be an interesting challenge when its instincts feel more mainstream than arthouse.

Set on the winter solstice festival of Yalda, the film begins by emphasising the sprawling modernity of Tehran. Traffic flows as far as the eye can see. A sea of lights blazes across the city. It could be any big urban landscape at the start of a sleek Hollywood thriller. Those shots belie a production that largely unfolds within the confines of a television studio.

A young woman called Maryam (Sadaf Asgari) is delivered to the studio in handcuffs. Her appearance on the popular ’Joy Of Forgiveness’ show is described as her last hope. The programme is a surreal mixture of reality television docu-drama and variety show. Maryam has been sentenced to death for the murder of her much older husband Nasser. Iranian law allows the victim’s family to forgive her and spare her life. Tonight, she will be confronted by Nasser’s daughter Mona (Behnaz Jafari), once her best friend. Mona will make her decision live on air during a programme that also includes a song, a poetry reading and a text vote by the general public.

The format of an hour-long live television show provides a compact framework for Yalda. Reconstructions quickly cover a good deal of the exposition regarding Maryam’s “temporary marriage”, her stillborn child and the events on the night of her husband’s death. The show itself has a high stakes format that invites confession and confrontation as a distraught Maryam appeals to the better nature of the icy Mona. Protestations of innocence are challenged, motivations are questioned. There is also inherent drama in contrasting the on-screen emotions with the backstage turmoil (shades of Jodie Foster’s Money Monster).

The whole notion of the show can’t help but feel contrived and the emotional pitch veers towards the hysterical, especially in the latter stages with one unexpected twist that significantly ups the stakes.

The entire enterprise comes down to the tussle between Mona and Maryam and who we find the more persuasive. Sadaf Asgari captures Maryam’s emotional state in a very physical performance sketched in fluttering hands, trembling knees, unconscious scratching and the sense of a woman uncomfortable in her own skin. Behnaz Jafari plays Mona with the calm dignity of the aggrieved and initially makes a greater impression on the viewer’s sympathies. Bakhshi’s screenplay keeps drip-feeding the kind of troubling details that make us question the actions of both women whilst wanting to know more about their lives.

There is also just enough in the bustling but superficial narrative to make us aware that in many respects both women are victims of a society in which the ultimate power resides with men.