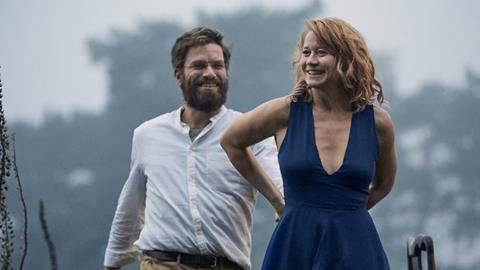 Truth lies in the eye of the beholder in You Disappear (Du forsvinder), director Peter Schønau Fog’s first feature since The Art Of Crying in 2006. The initial promise of a guilty pleasure thriller is gradually overshadowed by a philosophical exploration of identity, individuality, moral responsibility and whether there is such a thing as free will. There are plenty of marketable elements to You Disappear from the stellar cast to the bestselling status of the source material. Yet the tension between its potboiler machinations (illness, infidelity, betrayal etc) and intellectual aspirations make it a film that may frustrate as many as it intrigues.

You Disappear is clever in the way it conceals nothing from the viewer but presents everything from one particular, potentially unreliable perspective

Christian Jungersen’s novel You Disappear spent more than a year on the Danish bestseller list and has been widely translated. The film faithfully captures its elegant twists and cerebral drive but can’t quite shake the feeling that it is leading viewers up the garden path.

The opening sequences are especially arresting. School principal Frederik (Nikolaj Lie Kaas) drives his wife Mia (Trine Dyrholm) and son Niklas (Sofus Rønnov) along a snaking coastal road during a holiday in Spain. Asked to go faster, he gleefully responds by accelerating to a speed that places everyone in danger. Leaving the car, he subsequently collapses at the edge of a cliff. He is diagnosed with a brain tumour, which might explain why his behaviour has been so erratic.

That beginning certainly has the audience hooked and the compulsion to know exactly what is going on continues as the story develops into a courtroom drama. Frederik is now on trial for embezzling 12 million kroner from the private school where he is employed. Defence lawyer Bergmann (Michael Nyqvist) argues that the brain tumour left him suffering from orbitofrontal syndrome and acting completely out of character.

Structured around the trial and testimony of those who knew Frederik best, You Disappear has all the trappings of a conventional mystery as it judges the question of guilt or innocence. It also attempts something loftier, following events through the eyes of Mia as she wrestles with the possibility that the best years of her marriage may have been when her husband was least like himself.

Extensive voice-over narration from Mia grows ponderous and reflections on advances in neuroscience and the mysteries of how the brain works become repetitive. The result is a loss of narrative momentum and a slightly longwinded feel to the film. You Disappear is certainly clever in the way it conceals nothing from the viewer but presents everything from one particular, potentially unreliable perspective. It is also not lacking in dry humour or irony. Asked if he noticed a change in his father’s personality, son Niklas responds that he was more fun to be around. Before the tumour ”he was just a man who came and left for work and fought with my mum.”

The eventual reveal of the bigger picture makes sense and provides plenty of food for post-screening discussion. Credibility throughout is sustained by a classy cast, including the late Michael Nyqvist in a role with more dimension than the raging baddies that raised his international profile.

Screenplay: Peter Schønau Fog based on the novel by Christian Jungersen