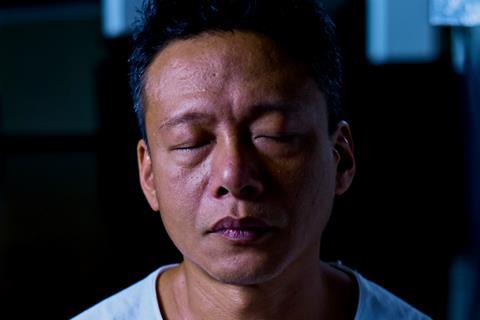 Thirteen faces, simply lit and frequently silent, are the subjects of this documentary meditation by Tsai Ming-liang. The static camera rests on each person, sometimes for just a few minutes, sometimes for ten or more, and just waits. Some individuals are happy to talk, others doze. Others fidget in obvious discomfort, unused to being the focus of undivided attention. But that’s perhaps the point of this exercise, which is destined for festival exposure and perhaps galleries.

It’s debatable how much actual insight the film can provide. It does, however, exert a soothing, almost mesmeric pull.

Tsai has deliberately chosen older subjects, placing under minute scrutiny the kind of faces which society tends to scroll past in favour of youth. He invites us to explore the lives and experiences that are etched into weathered skin. This film will resonate mainly with audiences open to and versed in experimental cinema and video art.

The human face has, not surprisingly, exerted an enduring fascination on conceptual artists. Tsai is by no means the first person to look for meaning in the faces of strangers. Some artists – Bill Viola, Bruce Nauman and Douglas Gordon for example – have used distortion and manipulation to create a grotesque approximation of the face. Others – like Marina Abramovic – turn the camera on themselves. At first glance, the work of Colombian artist Juan Manuel Echavarria seems to be the closest parallel – his close-up films of faces bears formal similarities to those of Tsai. But his characters are linked by a narrative: all were directly affected by or survived the massacres of the Colombian paramilitary.

Tsai’s film is distinctive in that he appears to offer no directions: his subjects have complete freedom to do as they wish. Some talk almost from the moment that the camera is turned upon them. A woman regales us with her work history and the story of her courtship by her first husband; a man talks about his past romances and his ruinous addiction to pachinko. Another recalls the strict father who used to wake him at 5am so that he could study English (he would return to bed as soon as his dad was safely headed to work, which is why, he explains, his English now is not great).

Tsai’s voice is present in the background, but he never asks the first question, only responds to a comment from the subject. One man takes out a harmonica and plays mournfully. Elsewhere, an atmospheric blend of score and sound design is provided by Ryuichi Sakamoto.

Others sit in silence, nodding off under the single light which is positioned to best explore the landscape of wrinkles. Some are mortified with embarrassment, others seem almost oblivious to the lens.

Without much in the way of context – they are linked by Taiwanese nationality and age range – it’s debatable how much actual insight the film can provide. It does, however, exert a soothing, almost mesmeric pull.