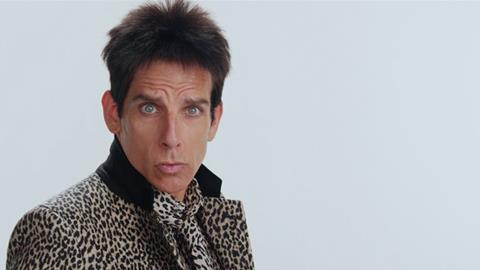 The stakes are higher, the action is bigger, the ambitions are grander, the jokes are appreciably less funny. Like many comedy sequels, Zoolander 2 supersizes everything in such a way that it’s that much more apparent how few of the jokes are connecting. Not without its stray hilarious moments — with a film this manic, it would be nigh on impossible for none of the bits to land — this follow-up to the 2001 original tries to anticipate its own sequel-itis by knowingly lampooning the tendency to overdo everything in a Part Two. But that gag, like so many in Zoolander 2, is only initially amusing.

Like the film as a whole, Wiig seems to be desperately trying for laughs wherever she can get them.

Opening across several territories (including the US and UK) by February 12, this Paramount release is betting that the first Zoolander (which made about $61 million worldwide) has accrued enough of a cult following to ensure better business this time around. Certainly Zoolander 2 has sufficient star power: director and co-writer Ben Stiller returns with Owen Wilson and Will Ferrell, joined this time by Penélope Cruz, Kristen Wiig and a slew of surprise cameos ranging from rock stars to fashion icons. Reviews will be mixed for this action-comedy, however, which may face competition from another action-comedy, Deadpool, unspooling during the same frame.

The film once again stars Stiller as Derek Zoolander, a hopeless idiot who also happens to be a world-class model. Well, he used to be: as Zoolander 2 begins, he’s still dumb as a post, but we learn that he’s gone into hiding after his wife’s tragic death and his son (Cyrus Arnold) being put into foster care. Derek reluctantly returns to his old life when he’s summoned to Rome to attend a gala event thrown by the new queen of fashion, Alexanya Atoz (Wiig), which means reuniting with his former adversary Hansel (Wilson), who also has left the modelling scene behind.

Derek and Hansel have been invited to Alexanya’s fashion show for nefarious reasons — they’re meant to be the has-beens from a bygone style era that everyone in attendance can mock — but soon they meet an Interpol special agent (Cruz) who needs their help to determine why beautiful celebrities like Justin Bieber are being murdered.

The original Zoolander, also directed and co-written by Stiller, introduced the novel concept that the ludicrous, cutthroat world of high-end modelling was also a hotbed of political assassinations and corporate conspiracies. Though a one-joke premise inflated to feature-length dimensions — Stiller came up with the character for the 1996 VH1 Fashion Awards — Zoolander had enough so-dumb-it’s-funny moments to explain why it became a beloved cult comedy.

But the charm of the first film leaks out of Zoolander 2 rather quickly. Initially, Stiller, editor Greg Hayden, composer Theodore Shapiro and cinematographer Dan Mindel (best known recently for shooting J.J. Abrams’ Star Wars: The Force Awakens and the Star Trek reboots) have a ball sending up the glitzy, hyper-stylized, super-adrenalized sheen of most modern-day action-thrillers, filling the screen with pulsating, comically over-the-top images that suggest breakneck suspense and untold excitement when neither is actually happening. The early reels raise hopes that Zoolander 2 will be a jolly parody of self-important sequels that frantically try to up the “wow” factor from the previous instalment.

Alas, the screenplay, credited to Stiller and three other writers, gets bogged down in coming up with a plot to justify the film’s bigger-is-better conceit. Not only does Zoolander 2 have to give Derek and Hansel new personal obstacles to overcome — the movie tries to make a joke out of this sequel convention by having each character explain their obstacle in a pseudo-haunted manner — but also come up with ways to shoehorn in their old nemesis Mugatu (Ferrell) while making room for new characters. (And that’s to say nothing of side characters from the first film who end up putting in an appearance in the new movie.)

As with so many sequels, comedic or otherwise, Zoolander 2 becomes not so much about telling a fun story but, rather, juggling all the demands that a follow-up film requires. Call-backs to funny moments from the first Zoolander, strained attempts to amplify previously amusing scenes so that they seem different (but not too different) for the new movie: Zoolander 2 mostly serves as a reminder that all of this was a lot funnier when Stiller wasn’t trying so hard 15 years ago with the same material.

That effort is apparent on Stiller’s face as well as he tries to reprise his role as the lovable boob Derek Zoolander. In the first film, Derek wasn’t just dumb but effeminate in a way that was meant to tease the girlishness of male models but sometimes felt uncomfortably homophobic. Tellingly, neither Derek nor Hansel come across nearly as dainty as they were in Zoolander — a silent acknowledgment, perhaps, that such humour is in bad taste.

But the problem is that, without that extra wrinkle to their personalities, these two characters are just simply stupid, their monumental vanity and dim-bulb demeanour a lot more one-note this time around. Of course, Stiller and Wilson’s natural comedic timing helps keep the characters engaging on a superficial level, and their characters’ moronic rapport still has its pleasures. But in being sensitive to how Derek and Hansel might be perceived, the actors failed to invent new ways they might be funny. (Even Ferrell’s bitchy Mugatu has been dialled back a bit.)

Of the new cast members, Cruz is perfectly enjoyable as the intoxicating Interpol agent with a secret past, but she’s playing the sort of exotic-beauty character that isn’t too taxing or surprising. In a smaller role, Wiig probably gets the most laughs per minute of screen time: Alexany’s face looks like she’s had a thousand plastic surgeries, which may or may not explain why she mispronounces nearly every word she says in her unidentifiable foreign accent. But like the film as a whole, Wiig seems to be desperately trying for laughs wherever she can get them.