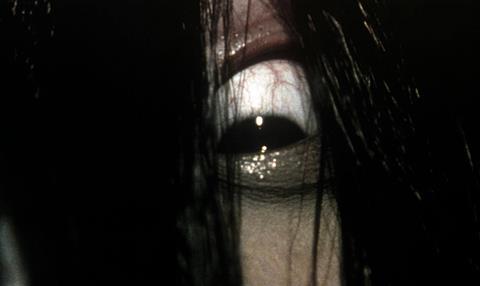 Hideo Nakata’s 1998 film Ring (Ringu) is not just one of the most terrifying movies of all time, it helped kick-start a boom in Asian horror that, along with growing international appreciation for anime, helped change the fortunes of a Japanese industry that had been in decline since its peak in the 1960s.

Based on the 1991 novel by Koji Suzuki, which is a retelling of Japanese folk story Bancho Sarayashiki, Ring concerns a cursed videotape whose viewers all suffer a terrifying death. Devoid of gore or extreme special effects, the film instead has a palpable, intense atmosphere created entirely through its performances — most notably Rie Ino as dark-haired ghost girl Sadako — and stalking camerawork from cinematographer Jun’ichiro Hayashi, which leaves most of the horror in the imagination of its audience.

On its release in Japan in January 1998, Ring became the most successful horror film in the country. (Sequel Rasen, directed by Joji Iida, fared less well; released at the same time as Ring in the hope of increasing box-office revenue, it floundered and has been largely forgotten. In 1999, Nakata directed the far more successful Ring 2.) It was also hugely popular elsewhere in Asia; through its two-month theatrical run in Hong Kong in 1999, it earned $4.03m (hk$31.2m) to become the highest-grossing Japanese-language film in the country — a record broken only by Stand By Me Doraemon in 2015.

Given that it deals so effectively with universal fears of death and the supernatural, Ring also struck a resonant chord with Western audiences. Sight & Sound film critic Mark Kermode praised the film’s wide appeal, attributing its “timeless terror” to a “combination of old folk devils and contemporary moral panics”.

With his film, Nakata had effectively laid down the template for a new generation of modern Asian horror: minimalistic, atmospheric films at direct odds with the bloody serial-killer movies that had dominated the genre through the 1980s and ’90s. (In the US, the 1999 release of The Blair Witch Project pushed American horror in a similar, pared-down direction.)

Ring’s overseas success kicked off a global fascination with a sub-genre termed J-horror, and opened the floodgates for films including Ju-On: The Grudge (Takashi Shimizu, 2002) and Dark Water (Hideo Nakata, 2002). Distributor Tartan became one of the leading UK importers of these films through its Asia Extreme label.

In line with Hollywood tradition, this new interest in Eastern horror resulted in a wave of English-language remakes that attempted to translate the slower-paced sensibilities of Asian horror into a more dynamic Westernised format. While some worked better than others, the success of Gore Verbinski’s The Ring (2002) and Shimizu’s own remake of  The Grudge (2004) was such that they both spawned sequels. (Indeed, The Ring made more money in Japan that Nakata’s original.)

And in its home territory, the Ring legend continues to thrill audiences through a variety of sequels and spin-offs, most recently Sadako 3D (2012) and Sadako 3D 2 (2013).