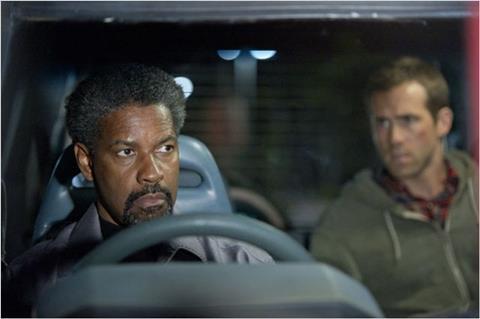 Teaming Denzel Washington with the more youthful Ryan Reynolds, Safe House is an efficiently twisty thriller that goes for the same internationally-flavoured blend of brutal action and dramatic intrigue as the Jason Bourne films. Though a Bourne-size box office take is unlikely, the star pairing could still earn this pacey spy yarn a relatively broad audience.

Reynolds is convincingly muscular in the action sequences and nicely vulnerable in some of the quieter moments.

Universal launches the film on February 10 in the US and the opening should provide some indication of how Reynolds’ star power has been affected by the so-so performance of last summer’s Green Lantern. Washington remains a reliable pull worldwide, of course, and the film may also be boosted in some markets by its international supporting cast and locations.

Washington’s Tobin Frost is an ex-CIA man who, after years of selling secrets to the highest bidder, suddenly gives himself up at a US consulate in South Africa. Reynolds’ Matt Weston is the lowly CIA rookie who runs the Cape Town safe house where Frost is to be interrogated. After the facility is attacked by mysterious assailants, Frost and Weston end up on the run together, desperately trying to make it to another safe house.

Making his US debut, Swedish director Daniel Espinosa (Snabba Cash) delivers an exciting first act that includes a chilling water boarding sequence and a metal-crunching car chase. From then on the action is intertwined with the mystery surrounding Frost’s real intentions and some dramatic moments between the hardened spy veteran and his idealistic young counterpart.

Washington is as solid as ever but this is not one of his juicier roles. Reynolds is convincingly muscular in the action sequences and nicely vulnerable in some of the quieter moments. The strong supporting cast includes Vera Farmiga, Brendan Gleeson, Sam Shepard, Ruben Blades and French up-and-comer Nora Arnezeder (from Paris 36)

The South African locations - including a World Cup football stadium and a dilapidated township - are well used and director of photography Oliver Wood, who also shot the Bourne series, gives the film a lively visual style.