Sally Hawkins, Jack Lowden to star in 'Cross My Mind' 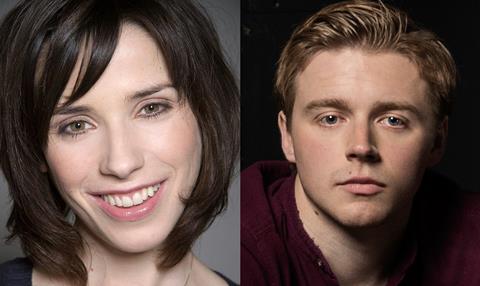 But the clock is ticking, as he is beginning to recover his sight, and the carer is not who the young soldier thinks she is.

Set against Glasgow’s iconic waterfront docks, the feature is produced by Fish Tank producer and Peter Greenaway regular Kees Kasander with Julia Ton under their Cinatura banner alongside John Archer’s Hopscotch Films, who initiated the project together with the late director Antonia Bird, who was on board to direct an earlier version of the film in 2010.

The film will mark the English-language debut of European Film Award-winning director János Szász, whose 2013 war-drama The Notebook won awards at festivals including Karlovy Vary, Haifa and Les Arcs and was Hungary’s selection for the foreign language Oscar. Sony Classics released in the US.

Fabien Westerhoff of Film Constellation will handle international sales and will introduce the film to buyers in Cannes.

The drama was developed with the support of the BFI, Screen Yorkshire and MEDIA programme, with Film Constellation co-financing. Shoot is due to get underway this winter.

The fast-ascending Lowden has also been tipped for roles in Christopher Nolan’s Dunkirk and Morrissey biopic Steven.

“This is a dangerously sexy and moving film, where nothing is quite what it appears to be,” said Film Constellation boss Westerhoff. “It draws upon the emotional power of desire, seeing and not seeing, and will keep audiences on the edge if their seat worldwide.”