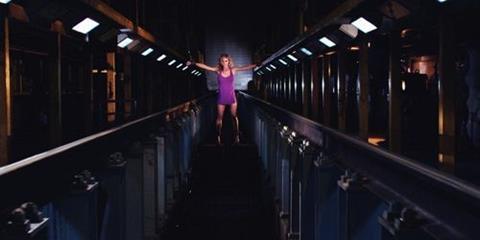 The contortionist, moralising thrill-kill theatrics of the Saw series come to a close (momentarily, at least) with Saw 3D, a gory, slapdash entry that ditches some of the somberness of its predecessors. Yet again, however, the formal, almost episodic narrative adventurousness of its sprawling mythology gets drowned out by flat staging and unimaginative direction.

Purely narrative level the Saw films have undertaken as radically ambitious a through-line as any modern horror franchise.

The sixth installment of the gruesome horror franchise took a beating at the hands of smoothly marketed genre upstart Paranormal Activity last year, dipping to a $67 million worldwide gross, its lowest commercial haul by almost half. So whether mass audiences return for what is being billed as the final Saw chapter remains to be seen, though inflated 3-D ticket prices will surely help pump up the theatrical gate.

Deranged detective Mark Hoffman (Costas Mandylor) continues to carry out the legacy of his mentor, murderous mastermind Jigsaw (Tobin Bell), now dead for more films in the franchise than alive. At the center of Hoffman’s vendetta is Bobby Dagen (Sean Patrick Flanery) and his coterie of enablers, who have milked fame and fortune through a self-help book and talk show appearances positioning Dagen as a survivor of one of Jigsaw’s twisted games. Hoffman is also hell-bent on extracting revenge against Jigsaw’s ex-wife, Jill (Betsy Russell), who turns to the police for protection.

Film is a director’s medium, but especially so in the horror genre, and returning series helmer Kevin Greutert long ago abandoned the idea of crafted tension so richly evidenced in the James Wan’s original movie. He trades chiefly in noise. That’s a shame, really, because on a purely narrative level the Saw films have undertaken as radically ambitious a through-line as any modern horror franchise, interweaving new and old characters and playing upon their clashing motivations.

The wrap-up to the story here, as both conceived and rendered, is a yawning mad dash through what could be some thematically interesting material, all to get to the next set piece kill.

Much of the technical team returns, assuring that the movie feels of a piece with its predecessors, though its RealD 3-D presentation is generally dark and underwhelming save for the compensatory nature of its bright red blood.

None of the acting is notable for more than the decibels of vocal delivery. (Amusingly, the film makes a big deal about one of its rigged death traps being quickened with noise, which would have mortally wounded this series about five films ago.)

While there is an element of closure here, bringing to a definitive end certain storylines and characters introduced in Saw IV, Saw 3D ends with an additional twist and touch of ambiguity that one imagines could still spin the franchise off in another direction, were its commercial embrace strong enough.

Production companies: Twisted Pictures, in association with A Bigger Boat and Serendipity Productions