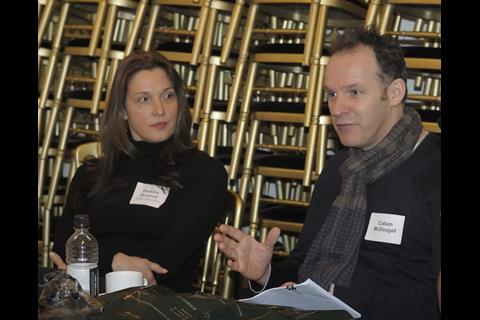 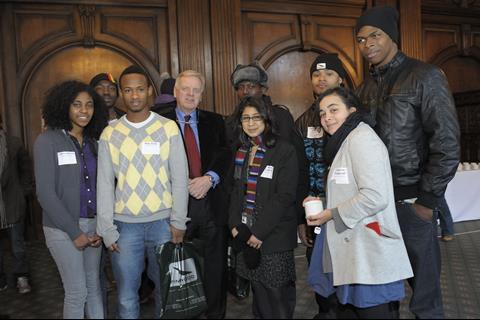 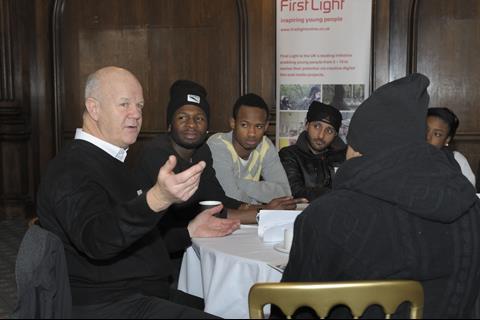 Robin O’Donoghue, the strategic advisor for sound post production, for the Pinewood Studios Group, talks to the trainees.

Bond producers Barbara Broccoli and Callum McDougall and the chairman of the Pinewood Studios Group Michael Grade were among those in attendance at a tour of the studios, and an event to promote the Second Light new talent programme for black and ethnic minority trainees, a scheme supported by Pinewood, Bafta and EON Productions. Whilst at the Studios they were shown around the site including a Harry Potter set, and the underwater soundstage where films such as Casino Royale, Da Vinci Code, and Elizabeth: The Golden Age were filmed.