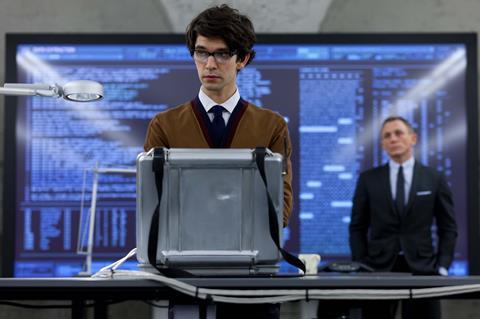 Having become the UK’s eighth biggest film on Thursday, Skyfall has continued on its seemingly relentless march up the all-time chart.

It’s a minor matter but it’s worth noting that if the grosses of Titanic and its 3D re-release earlier this year, Skyfall would currently be the fifth highest grosser as the combined Titanic haul is $127.1m (£80.1m).

Avatar’s mighty $149.4m (£94m) remains in its path to UK box office supremacy, yet the arrival of the climactic Twilight instalment this week might be the film to put the brakes on Skyfall’s march as a result of lowering Skyfall’s screen count, currently at almost 1,800.

Given its unheard-of run to date though, it’d be a brave man who bets against Skyfall chasing down Avatar’s haul.

It’s still tracking ahead of both previous instalments in the popular franchise: Madagascar stood at $29.8m (£18.7m) and Madagascar: Escape 2 Africa had amassed $25.5m (£16m) by the end of their fourth weekends.

The week’s highest new entry belonged to Warner Bros’ well-received thriller Argo. Ben Affleck’s third outing as director was bolstered by opening on Wednesday and recorded a $2.1m (£1.3m) debut from its 336 sites.

That result marks Affleck’s best-ever opening as a director in the UK, although the Friday to Sunday haul of $1.6m (£1m) is on par with that of The Town which opened on slightly less sites (321) and went on to take $8.1m (£5.1m) in its run.