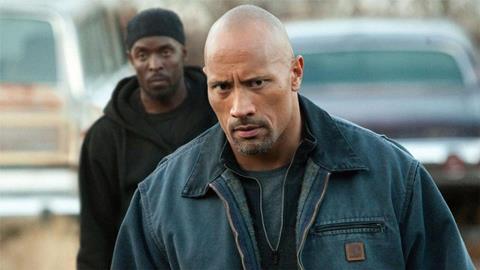 Dwayne Johnson takes on a more mature and nuanced role than usual in crime thriller Snitch, and the results are decidedly mixed. While the hard driving action at least partially makes up for the stilted drama, this real life-based story of a suburban dad caught up in the war on drugs could still be a tricky sell to fans more used to seeing former wrestler Johnson (aka The Rock) in family comedies and out-and-out action romps.

Stunt man turned writer-director Ric Roman Waugh does better with the action-oriented second half, which includes some metal-crunching chase scenes.

A broad marketing push may be key when Summit releases the Exclusive Media-Participant-Imagenation production in the US on February 22 (five weeks before Johnson hits screens as co-star of G.I. Joe: Retaliation). Independent distributors that have taken on the film for other territories should benefit from the international overachievement last year of Johnson’s family adventure Journey 2: The Mysterious Island.

In a story, based on a US TV documentary about mandatory minimum sentencing laws, Johnson’s John Matthews is a small business owner whose teenage son (played by British up and comer Rafi Gavron, from The Cold Light of Day) faces a decades-long prison term after his accidental involvement in a drug deal.

Matthews persuades an ambitious federal prosecutor (Susan Sarandon) to let him infiltrate a drug operation to gather information he can trade for his son’s freedom. But the plan implicates an ex-con employee of Matthews’ trucking company (Jon Bernthal, from TV’s The Walking Dead) and leads to a clash with a dangerous Mexican drug lord (Traffic’s Benjamin Pratt).

The film’s first half is weighed down by clichéd dialogue and clunky drama. Stunt man turned writer-director Ric Roman Waugh (who previously made 2008 crime drama Felon) does better with the action-oriented second half, which includes some metal-crunching chase scenes.