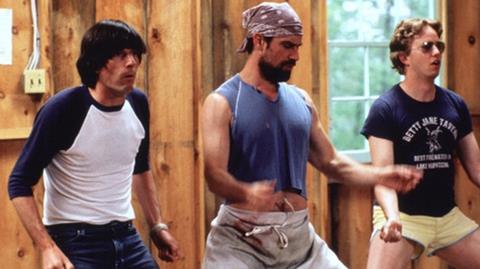 In 2001, a buddy of mine in New York (hey, Howard Gertler!) invited me along to a cast and crew screening of a comedy he’d been working on, called Wet Hot American Summer. Little did I know I was about to witness the funniest movie I’ve ever seen. In the years since, David Wain’s film has gone on to become a huge cult hit in the US. I’m not sure if the frenzy has reached the UK, but maybe it’s high time to start fancy dress screenings here now that the film is celebrating its 10th anniversary.

My former colleague at Entertainment Weekly Clark Collis has this fine tribute to a one-of-a-kind film. If you haven’t seen this film, seek it out. If nothing else, you’ll see Bradley Cooper in a new light.