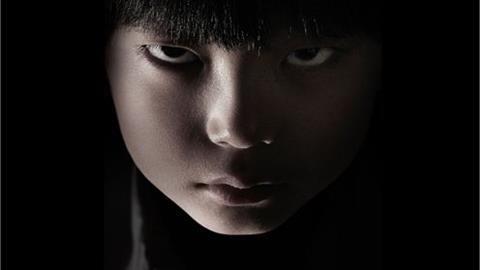 Acclaimed Japanese film-maker Hideo Nakata, perhaps best known for the hit J-horror classics Ring, Ring 2 and Dark Water, heads back into supernatural territory with his chilling new film The Complex. It might lack the high-concept conceit of Ring, but the director is a master at combing urban horror with ancient terrors and this nicely fraught and twisted tale will appeal to lovers of classic J-horror.

While The Complex is certainly more traditional and less rooted in contemporary issues – apart from the notion that Japan is a nation of lonely souls – it is still an impressively structured horror film that is likely to thrill audiences.

The film, which had its world premiere at the Rotterdam Film Festival, trades on the easy Japanese acceptance of the supernatural having a very real impact on modern life, with Hideo Nakata again making great use of grim modern buildings – with the flickering lights, dingy shapes and stained walls – as the perfect backdrop for spirits terrifying the living.

To a degree he is going back to his J-horror roots (recent films have included Kaidan and The Incite Mill –7  Day Death Game) with The Complex (Kuroyuri danchi) – which might refer both to the story’s physical setting as well as the interweaving plot – which features familiar aspects to both Ring and Dark Water…such as sweet and innocent heroine, rather devilish child and a sense of dread lurking in a contemporary building.

The film stars Atsuko Maeda (the former lead singer of J-pop group AKB48, and who starred in 2007 Japanese horror film The Suicide Song) as nursing student Asuka, who has just moved into an apartment with her parents and younger brother in the rather dilapidated Kuroyuri Building Complex.

She is woken by a strange scratching sound coming from the apartment from next door, and by an alarm clock that goes off at 6.30am, and when she tells college friends where she lives there are whispers about the complex being haunted. Asuka makes friends with a young boy in the playground at the centre of the complex (rather similar to the one in vampire film Let The Right One In) who seems to have no friends.

After repeatedly being woken by noises from the next door apartment she knocks on the door to talk to the occupant. Finding the door open, she goes in, only to discover the body of an old man who had seemingly been trying to claw his way into her room. She calls the police and the body is taken away, and still drawn to the apartment next door she starts to talk about spirits with Sasahara (Hiroki Narimiya, who starred in Azumi and more recently Takashi Miike’s Ace Attorney), part of the team who clear the detritus from the flat and who has experienced how the dead can still inhabit buildings.

But Nakata only uses this faintly traditional set-up to delve into horror thrills in which nothing is quite what it seems…the background to Asuka’s family situation; the strange boy; the housing complex and even Sasahara himself all offer genre twists that sees Asuka gradually descend into terror and madness, with the spirit haunting the building feeding on her fears.

The structure means that the story weaves back and forth as background clues are slowly revealed, but Nakata is a master at building tension within confined spaces, and his slow moving camera and Atsuko Maeda’s nicely fearful performance work well the gradually build the tension as the film head towards an impressively staged Japanese exorcism (no dull Catholic priests here…instead seven women in white robes banging drums, swaying and chanting) that delivers on the visceral violence that is missing from more subtle chills earlier in the film.

Hideo Nakata’s Ring films were unique in that they offered a blend of bizarreness and technology little seen at that time, and while The Complex is certainly more traditional and less rooted in contemporary issues – apart from the notion that Japan is a nation of lonely souls – it is still an impressively structured horror film that is likely to thrill audiences. The film opens in Japan in May, and Nakata’s genre reputation (though it is hard to live up to his J-horror master reputation forged with his earlier films) likely to secure international sales.