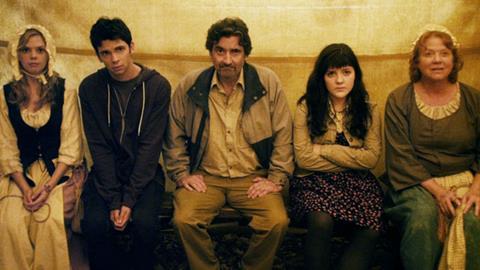 A ragtag re-enactment of the Lewis and Clark expedition is the backdrop for The Discoverers, the sweetly amusing tale of a dysfunctional modern family trying to work out its issues. Though it probably lacks the edge necessary to make much of a mark theatrically, this understated indie comedy with Griffin Dunne starring should at least open some doors for first time feature writer-director Justin Schwarz.

Premiered at last month’s Hamptons International Film Festival, the film has a decent chance of finding a US distributor but might be a tricky sell internationally.

In pursuit of his own father, Lewis ends up dragging his children into a historical re-enactment trek following the path of early nineteenth century American Northwest explorers Lewis and Clark and their Corps of Discovery expedition. Over the course of the trek, Lewis makes peace with his father and starts a tentative new relationship, Zoe hits puberty and comes to terms with her dad and Jack finds a girlfriend.

Writer-director Justin Schwarz (a partner in the project’s New York production company Quadratic Media) finds enough bittersweet humour in the characters and situation to keep the film engaging but he doesn’t give the story the kind of emotional bite that might have made it really poignant.

Dunne, the After Hours star who these days mostly produces and directs, is nicely bedraggled as Lewis and Martin stands out as the strong-willed but sensitive Zoe.