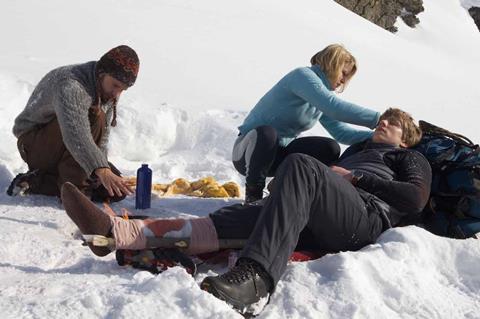 Finnish director Renny Harlin heads for secure ground with the surely made ‘found-footage’ horror thriller The Dyatlov Incident (set to be released as Devil’s Pass in the US), a shrewdly constructed low-budget genre number that might lack the star names that have graced his films over the years, but works in terms of smartly made B-movie tension.

The real-life incident has give rise to numerous theories which leaves Harlin and his debut screenwriter Vikram West plenty of wriggle-room to come up with a grim and tantalising tale of terror.

The film, which screened at London’s FrightFest event and opens theatrically in the UK prior to a speedy home entertainment outing, is a chilling and tense blend of found-footage material, conspiracy chills and good old-fashioned horror riffs. The low-key cast, Russian settings and rather confused mixture of titles may mean it doesn’t reach its target audience as easily as it might, but for genre fans it is well worth tracking down.

Harlin’s hey-day of films like Die Hard 2, The Long Kiss Goodnight, Cliffhanger and everyone’s favourite guilty-pleasure shark attack film Deep Blue Sea may seem a way off, but he is still a sure hand at genre work. And whileThe Dyatlov Pass Incident might not offer him the standstanding action sequences that defined so many of his earlier films, it is littered with smart and thrilling moments.

There is more than a touch a familiarity about the story of a film crew who set out to delve into when happened to an ill-fated skiing expedition in which nine Russian students who were found brutally killed in the Ural mountains after leaving their tents wearing hardly any clothes in snowy sub-zero temperatures. The fact that this is based on a real-life incident (and was made into a 1959 file titled Dyatlov Pass Incident) gives the film a greater sense of intrigue.

The real-life incident has give rise to numerous theories, ranging from mad killers and radioactive contamination through to alien intervention and an American military conspiracy, which leaves Harlin and his debut screenwriter Vikram West plenty of wriggle-room to come up with a grim and tantalising tale of terror.

The film follows a bunch of fresh-faced American university types –Oregon psychology student Holly (Holly Goss) and two film students Jenson (Matt Stokoe) and audio engineer Denise (then impressive UK actress Gemma Atkinson from TV series Casualty) – who aim to go in the footsteps of the original doomed skiers with the help of a couple of guides. The students even get to meet the one survivor of the original expedition in a mental hospital, but – surprise, surprise – pay no heed to the grim warnings.

Harlin smartly doesn’t over-egg the ‘found footage’ pudding (so many low-budget horror films of its ilk over-play the shaky camera routine), with the snowy mountainous locations adding to the sense of tension, which is nicely racked up with a mysterious bunker is found and some tasty creature action is added to the already chilling horror brew.