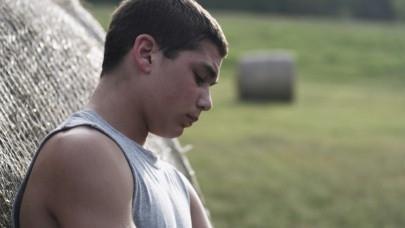 The big bold title of The Dynamiter – big white lettering against a black background – just a minute in to Matthew Gordon’s nicely stager Mississippi mood melodrama hints that there could be something explosive and shocking to come. But while it is delightfully observed and nicely performed by its non-professional cast, it lacks the dramatic bite to go along with the low-key observation.

William Patrick Ruffin is an engaging enough presence, far better at portraying the gentler side of Robbie, but not so at ease when it comes to his feelings of conflict and anger.

The film is a nicely stage delve into the life of self-assured though frustrated Mississippi teenager Robbie Hendrick (William Patrick Ruffin), and while it could fit easily into indie film festivals – especially those with a teen section, similar to the Generation14 where it screened on Berlin – theatrical release might be difficult.

The film opens with Robbie and his young stepbrother Fess (John Alex Nunnery) playing in a hayfield, but soon it appears this his life is anything but carefree. Caught stealing at school, he is told to spend the summer writing an essay – though this is mainly a plot device for him to offer up bits of youthful narration during the film.

His is beaten up at a schoolfriend’s party, then promptly steals money from her when she is trying to be kind to him. He looks after Fess and his elderly grandmother while his mother is away in California, and also cleans up the house and paints the front porch. He is a bundle of contradictions – genial and caring but also angry and given to stealing things.

The film potters along is engaging fashion – his older brother Lucas returns for a while, but just hangs around aiming to pick up local women – but there is an expectation for a major dramatic incident that never really emerges.

William Patrick Ruffin is an engaging enough presence, far better at portraying the gentler side of Robbie, but not so at ease when it comes to his feelings of conflict and anger. He achieves a happiness of sorts at the end of the film as he drives off with a girl he befriended. The final shot sees a repeat of the title The Dynamiter…that rather annoyingly just confirms the lack of anything explosive or dynamic.

But despite that, this low-budget film is engagingly watchable, nicely shot with good use of locations and a suitably warm folksy soundtrack with a game series of performances from the predominantly young cast to be admired.