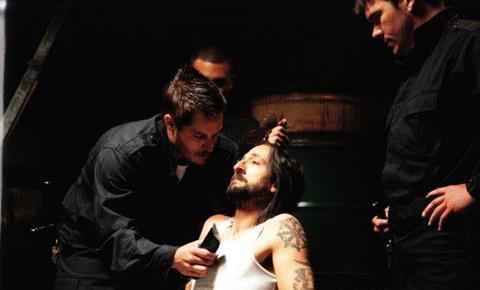 An engaging story and two Oscar winners won’t be enough to keep The Experiment from going straight to DVD in the US - a shame, given how many inferior works are currently filling screens.

The film’s strengths are the performances given by Brody and Whitaker as two volunteers who end up on opposite sides of the cell walls.

A remake of the 2001 German hit Das Experiment, the film centres around 26 volunteers who sign up for a well-paid ($1000 a day) two-week experiment in which they are to act out the roles of prisoners and guards in a simulated jail. As in the famous 1971 Stanford Prison Experiment, on which the story is based, the volunteers adapt quickly to their environment to the point that violence soon escalates.

Although the plot’s trajectory is fairly straightforward, one of the film’s strengths are the performances given by Brody and Whitaker as two volunteers who end up on opposite sides of the cell walls. The latter’s transformation from a well dressed, somewhat shy man to the commanding ringleader of the guards is particularly dramatic.

Paul Scheuring, the writer/producer behind TV series Prison Break, keeps the momentum going on a moment-to-moment basis with well-placed details over a brief 96-minute running time.  Nonetheless some viewers may be expecting more of a payoff in the film’s somewhat sudden and underplayed resolution.

Technical credits are solid and not particularly flashy. The opening credit sequence, with shots of wild animals juxtaposed with human acts of violence, is a highlight.