The Face Of An Angel 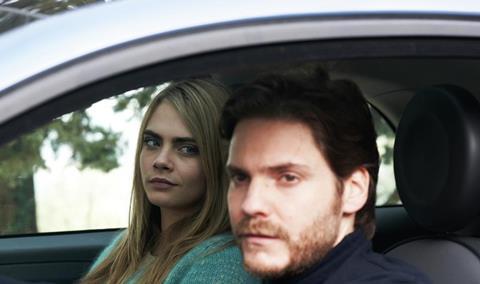 The grim fascination surrounding the notorious and much-reported killing of British student Meredith Kercher in Perugia in 2007 and subsequent court cases involving Amanda Knox will help provoke interest in Michael Winterbottom’s intriguing film. While it doesn’t try to provide any answers, the British filmmaker uses the murder as a leaping off point to dwell on the public and the media’s fascination for violent stories, whether real or fictional.

The central performances are impressive, with Kate Beckinsale especially good as journalist Simone (though perhaps just too wonderfully dressed for a struggling hack) who has written a book about the incident.

For those who look closely enough there are clear echoes to the real-life case – both in terms of some of the casting and the details of the incident – but this is no old-fashioned true crime story brought to the big screen with focus on blood and guilt, but rather a look at the aftermath and how it might impact on some who are only tangentially involved.

As usual, the prolific Michael Winterbottom can be relied upon to deliver a film that looks impressive (he has shot in Italy before and brings out the best of his locations) and is appropriately provocative, though it is also a rather plodding film that rarely reaches dramatic highs and rather loses its focus in the middle section, often spiraling back to the killing itself as a way of kick-starting the storyline. But the central performances are impressive, with Kate Beckinsale especially good as journalist Simone (though perhaps just too wonderfully dressed for a struggling hack) who has written a book about the incident.

For the purposes of film, the murder of a young British student takes place in the medieval town of Siena, and it is there that film director Thomas Lang (Daniel Bruhl) arrives, planning to adapt Simone’s book about the trial of American student Jessica Fuller for the murder of her flatmate Elizabeth Pryce. He wants to find out more about the incident and subsequent trial, but finds himself drawn into the media frenzy surrounding the case while also battling the financiers of his film who are more obsessed with casting than content.

Thomas – who is separated and talks to his LA-based daughter by Skype – descends into his own torment as he becomes obsessed with the subject, though he finds some kind of solace with fresh-faced British student Melanie (a debut role for model Cara Delevingne) who acts as an innocent muse and helps him focus away from the darkness that was dragging him down.

Quite who The Face Of An Angel refers to is deliberately vague. It may be Melanie, or the dead Elizabeth or Thomas’s daughter – and there are also lots of references to Dante’s Inferno to reflect his emotional descent – but in the end is that ‘face’ of innocence that saves Thomas from heading into his own private hell.