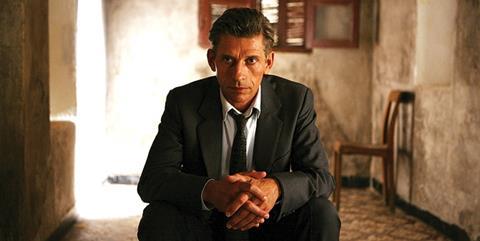 Conventional and didactic, Gianni Amelio’s adaptation of Albert Camus’ last, unfinished, autobiographical novel is nothing if not politically correct and anything but a rousing dramatic experience.

Painfully absent is Camus’ deep fondness for this country which he loved, both its landscapes and its people.

One of the leading French intellectuals at the end of WWII, Algerian-born Camus, who has never felt entirely at home in Europe, wanted this to be his most lively and sensuous work, a novel that should reek of “things and flesh”, but The First Man (Le premier homme), the evocation of his Algerian childhood, while keeping the facts right, lacks exactly these visceral qualities, which might have breathed some life into it. The result is another respectful but bland version of much better deserving literary work.

Camus, who wrote his novel in the third person, calling his main character Jacques Cormery, focused on his childhood memories up to the age of high school. Amelio chose to translate it all into a series of flashbacks while following the adult Jacques Cormery (Jacques Gamblin), who returns after many years to his homeland, to lecture at the University and visit his aging mother (Catherine Sola).

It takes no time for him to realise the fierce animosity between the French settlers clamoring for an “Algerie Francaise” and the Arab population, the constant presence of the Army at every corner of the street, the hostility hanging in the air and exploding into frequent acts of violence.

But soon enough, childhood memories take over, and the action moves to the poor, humble home in which little Jacques grew up fatherless, with a tyrannical grandmother (Ulla Baugue) who couldn’t read or write but never hesitated to use the whip to discipline her sometimes mischievous grandson, his equally illiterate, introvert but deeply caring mother (Maya Sansa) who worked hard as a cleaning woman in a hospital, his teacher (Denys Podalydes) who pushed him to develop his mind, and the other boys, on the street and at school, some French, other Arabs, most of the time playmates, as children are wont to be, but without ignoring the frequent unspoken tensions between them.

Obsessively trying to uncover, both as a child and later as an adult, as much as he could about his father, who died in WW1 when he was just one year old, and to understand his own roots (Camus used to say “the Mediterranean separates two worlds in me”), he never stops asking questions without ever finding satisfactory answers. As an adult, he considers himself first and foremost Algerian and he even tries, unsuccessfully, to help the son of a former schoolmate condemned to death without reason. He also insists Algerian Arabs and French should live together but rejects all acts of violence, which makes him unpopular with both sides.

All this is dutifully pointed out by a script that somehow fails to tie it all up into an affecting, continuous structure. This may be the reason that experienced actors such as Gamblin, Sansa or Podalydes are never allowed to develop more than glimpses of their characters before the plot moves on. Even more painfully absent is Camus’ deep fondness for this country which he loved, both its landscapes and its people. It never truly comes through on the screen though a number of arresting children portraits suggest the potential was there.