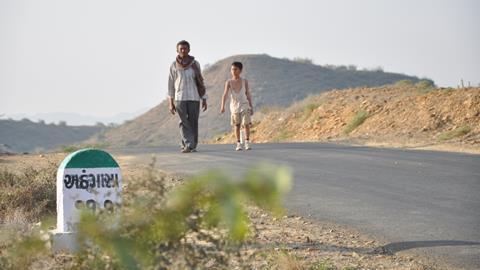 A stark and rather gently absorbing delve into Indian truck drivers who wend their way forbidding landscapes, Gyan Correa’s film – hyped as the first Gujurati film to be submitted for the foreign-language Oscar – is an engaging road movie that might lack dramatic depth but makes up with shrewd use of visuals.

Though impressively shot, the use of non-professional actors can mean that the stories sometimes lack the emotional impact they need to sustain their momentum.

The Good Road combines a series of rather familiar stories, and it does have its dramatic moments with writer/director Correa interweaving some story strands that strike strong emotional chords, especially the story of a runaway girl who finds herself trapped in a brothel.

The story of runaway Poonam (Poonam Kesar Singh), hitchhiking to find her grandmother and who seeks help in place that turns out to be a venue specialising in child prostitution. It is a frightening enough notion, though what makes it all the worse is the way the story is dealt with in such terrifyingly straightforward manner.

The other strands include the problems caused when a young boy leaves his parents’ car while on a trip to Mumbai to follow a puppy, leading to a police hunt, and a truck driver who is forced into smuggling by a criminal. Though impressively shot, the use of non-professional actors can mean that the stories sometimes lack the emotional impact they need to sustain their momentum.