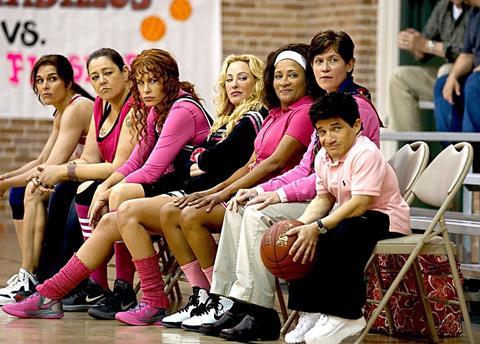 Nicely cast, though resolutely predictable, Susan Seidelman’s bright and breezy female orientated comedy The Hot Flashes offers some fun roles for a series of strong actresses – including Brooke Shields, Daryl Hannah, Wanda Sykes and Virginia Madsen – and a some good-natured mainstream entertainment along the way.

In the end it is all relatively straight forward stuff, but The Hot Flashes is nicely made and engagingly performed.

Seidelman – who made Desperately Seeking Susan and She-Devil in the 1980s – does a good job in wrangling the essentially by-the-numbers storyline and allows his actresses to get their teeth into some nice line and a smattering of strong comedy situations. The film is due a theatrical release in the US, though its best life is most likely in home entertainment.

Brooke Shields stars as Beth Humphrey, a woman in early menopause who is getting no support from her bubby (Eric Roberts), and who is distraught when she finds out that their small Texas town mobile mammogram screening unit, bought in the memory of an old teammate from her basketball playing days, is set to be shut down due to lack of funding.

She comes up with an idea to raise support funding by getting her old team together (yes, that old chestnut) for a series of charity games against the youthful top team her daughter plays in. In typical Magnificent Seven style she has to recruit the somewhat reluctant old players – such as town mayor Florine (Sykes) and Clemintine (Madsen), the jilted wife of the current team’s coach – who eventually see it as a great way to celebrate the good old days.

Cue a whole lot of positive bonding, some smart moments of humour – especially the height challenged man (Mark Povinelli) they recruit as their coach – and some positive reenforcement that ‘women of a certain age’ still have plenty to offer. In the end it is all relatively straight forward stuff, but The Hot Flashes is nicely made and engagingly performed.