The Hunger Games conquers all comers at the UK box office 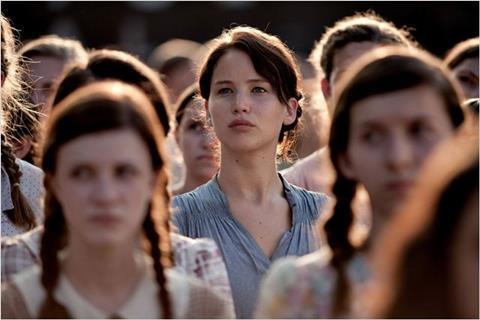 In a highly competitive week at the box office as schools broke up for the Easter holidays, The Hunger Games turned in an impressive second week performance to remain the UK’s number one film.

With schools off for two weeks now, there’s little sign of it slowing down although it does face further competition, albeit one skewed to a younger audience, with the arrival of StudioCanal’s Mirror Mirror which opens from today (April 2).

Although it failed to commandeer the number one spot, Sony’s The Pirates! In An Adventure With Scientists! opened decently in second with am estimated $3.6m (£2.3m) bounty. The latest from Aardman Animations managed to top the opening of their previous effort Arthur Christmas, which debuted with $3.4m (£2.1m) back in November but enjoyed an excellent run to make $33.4m (£20.8m) overall.

Narrowly behind in third based on non-final figures - the distributor claimed second, so this could change when figures are confirmed - was another new opener in the form of Warner Bros.’ 3D sequel Wrath Of The Titans which grossed $3.5m (£2.2m) from its 468 sites at a per-site average of $7,469 (£4,655). Its debut is less than half of its predecessor’s which topped the chart in its opening weekend after a $9.1m (£5.7m) bow.

This week sees saturation releases for StudioCanal’s Mirror Mirror (opening from today, April 2), eOne’s The Cold Light Of Day and Fox’s 3D re-release of Titanic, which ranks as the fourth biggest film of all time at the UK box office. Momentum’s Jo Nesbø adaptation Headhunters receives a wide release.