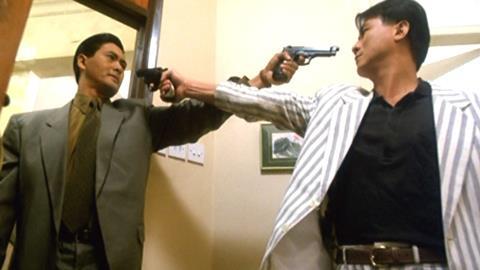 Hundreds of bullets fly in The Killer, as do sparks between director John Woo and actor Chow Yun Fat, who elevate a one-last-job hitman epic to an art form unheard of in the West.

Violence is turned into pure cinematic poetry through the use of slow motion and careful editing, lending the exquisitely choreographed action sequences a sense of lyricism.

Many of the scenes have become iconic moments, from the church shootout and flying white doves to the standoff with raised guns, providing inspiration for myriad film-makers.

Just as The Killer spread Hong Kong’s influence to the West, Woo and Chow became the first from the region to break into Hollywood.

Woo went on to direct Hard Target (1993) with Jean-Claude Van Damme, Broken Arrow (1996) and Face/Off (1997), both with John Travolta, and Mission: Impossible II (2000) with Tom Cruise. Other directors have followed, including Ringo Lam, Tsui Hark and Peter Chan, as have actors Jackie Chan and Jet Li.