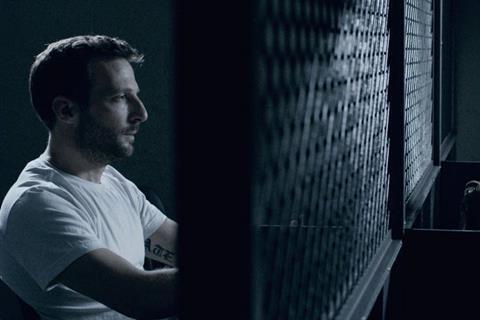 An otherwise talented cast has known far more cogent material than The Lookout (Le Guetteur), a multi-tiered tale of honour among thieves and revenge with a side order of serial killing.  Italian director Michele Placido’s Paris-set and French-language take on guys with guns on both sides of the law may look and sound like a crime thriller with political undertones but stacks up way too many incongruities and plot holes to be taken seriously.

Desaturated colors, which favor a steely blue-gray, give the rocky proceedings a distinctive look.

Snipers are fun on screen because they have such a finely honed skill and unfair advantage. Despite a few nicely staged sniper-fueled shootouts, what at first seems stylish and intriuging turns out to be disjointed beyond credibility.

The film, which may be review-proof, has been sold in most territories, inluding the UK, Canada, Australia, New Zealand, Japan and China.

Placido (Romanzo Criminale) gets things off to a promising start. High-ranking Paris cop Mattei (Daniel Auteuil) adresses a zipper-lipped Mathieu Kassovitz in an interrogation room. The fact that Mattei hasn’t been able to trace Kassovitz’s identity is what has him convinced that his prisoner is the culprit he’s looking for, a sniper who seriously interferred with a major police operation.

Flash back to two days earlier, with the police in place to intercept a gang of bank robbers who have pulled off 15 robberies in two years. But before they can corner the the fleeing crooks, half a dozen cops are hit by well-placed bullets fired by a masked man on a rooftop. The robbers get away, but one of them, Nico (Luca Argentero), is badly wounded.

A crooked doctor, Franck (Olivier Gourmet), who operates out of his sinister freestanding suburban home, says Nico will need two months to recover. The other three gang members (including Kassovitz, whose name is Vincent) agree to hide the loot and split it up when Nico is on his feet again.

Vincent has an ex-girlfriend (Arly Jover) who’s a lawyer, Nico has a stoically fretting wife (the director’s daughter, Violante Placido), Mattei has a dead son who died under mysterious circumstances and Franck has some nasty proclivities. Their destinies are interwoven, but somebody dropped too many stitches in the loom.

Desaturated colors, which favor a steely blue-gray, give the rocky proceedings a distinctive look.