The Summer Of Flying Fish 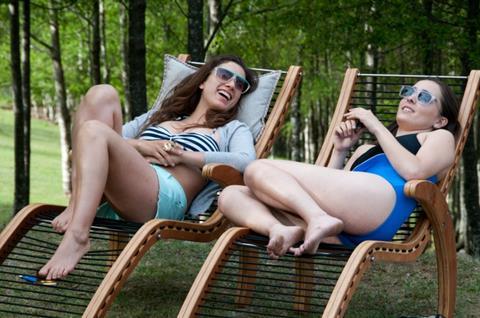 Chilean documentary director Marcela Said makes an impressive move into feature drama with the evocative and atmospheric The Summer Of Flying Fish (El verano de los peces voladores), which has the artistic sense and sensibility to prove an intriguing draw to festival programmers as well as possibly pique the interest of niche art house distributors.

In truth, the film feels at times as much as a docu-drama rather than a fully fledged fiction film, but that may not be a bad thing given it allows Said the opportunity to work in a naturalistic manner with mostly non-actors and craft and mood and dynamic that might otherwise be harder to create. Screening in Cannes in Directors’ Fortnight the film will undoubtedly be a hard sell, but it has much to recommend it.

With its stunning backdrop the forests of central Chile, the film delves into the modern day issues between South American natives and the wealthy landowners (of European origins) who have built holiday homes in the areas that have long been the traditional fishing and hunting grounds of the Mapuche people.

While the conflict between the two groups is the core of the story – with many of the Mapuche having to work serving the wealthy elite as nannies, drivers or servants, and forced to poach in the waters that were once their ancestors’ by right – Said never allows the film to become an angry rant, rather letting the truth of the images speak for themselves.

The fish of title relate to the carp population in the lake owned by local landowner Pancho (Gregory Cohen), who has plans to thin expanding fish population – a clear metaphor for the relationship between rich and poor – with the paper-think storyline subsequently turning on a dramatic moment that at least adds tension to the plot. Alongside this runs the far gentler subplot of the coming-of-age ‘summer’ tale of Pancho’s teenage daughter Manena (Francisca Walker), who flirts with a local boy who dallies with her emotions before cruelly letting her down.

Marcela Said directs with great precision, favouring long wide shots that present tableaux images rather than ones of close-up emotional resonance, but then this film never seeks to really engage on a personal level, instead – documentary style – allowing the subtext and insight of the images and characters tell the story.