The Virgin, the Copts and Me 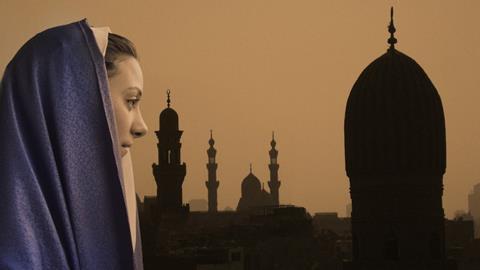 Screening in Berlin’s Panorama section after its prizewinning debut at Doha, this alternately hilarious, moving and illuminating first-person documentary, ostensibly about miraculous apparitions of the Virgin Mary to Coptic Christians in Egypt, comes on at times like the work of a French-Egyptian Morgan Spurlock.

But there’s less spin and showmanship in the mix here: director Messeeh foregrounds himself, and his difficulties in finding an angle for his film, more out of what appears to be a genuine desire to tell the truth than from any self-centered desire to make a comedy-tinged issue documentary. And in the end, the film overcomes the post-modern games it’s been playing to give us a touching insight into the lives and dreams of villagers in a remote area of Egypt.

That said, Messeeh is a wonderfully deadpan centerpiece for a documentary in which the ‘making of’ becomes the work itself. And the director is also well aware that there’s great audience enjoyment to be derived from his stubborn relationship with his bossy, emotional mother, who becomes the most memorable character of a film she is sure will be a failure – “just like your last”, she tells her son.

Culture-TV cable action is assured, but The Virgin… could book one or two theatrical slots as well – beginning with its most obvious territory, France – if distributors can work out a way to market to wider arthouse audiences a film that sounds from its title and strapline like an ultra-niche religious documentary.

Messeeh’s mother and father moved in 1973 from their Coptic Christian village in Upper Egypt to a suburb of Paris, where the director was born (the Copts, the director’s voiceover narration reminds us, are a strong religious minority in today’s Egypt, and trace their line of descent back to the Pharaohs). His mother has adopted all the trappings of French bourgeois society without losing her religious faith or her ties with her homeland. He himself is no longer a believer, but is fascinated by the workings of faith: so when his mother claims to see, on a grainy VHS tape sent from Egypt, evidence of a celebrated 2009 apparition of the Virgin at El-Warraq, Messeeh decides there and then to make a film about these apparently miraculous phenomena.

After roping in a French producer, Messeeh travels to Cairo but – partly due to his undisguised agnosticism – comes up against stonewalling and suspicion on both sides of what can be a tense religious divide. A few witnesses of a 1968 apparition of the Virgin in Zeitoun are interviewed – including a couple of Muslims.

But frustrated both by his lack of progress and his own uncertainty about whether he’s found the right way into the subject, Messeeh continues onto the remote country district that his parents hail from – despite having been told by his mother, via Skype, that she will sue him if he dares to rope the family into his film. Further comic obstacles come when his producer – whose increasingly irritable phone messages we overhear – pulls the funding because Messeeh seems uninterested in making the hard-hitting documentary about inter-faith violence that he expects.

So it’s a slightly mollified but still combative mum who takes over the financing of the film, which closes hilariously, and also with a certain throat-catching emotion, with a reconstruction of a miraculous apparition of the Virgin starring a cast of family and villagers.

There are times when Messieh’s stubborn coercion of the simple peasant folk he lands among feels like bullying; but at the same time he seems to have a genuine affection for them, and his inability to take no for an answer from cousin, mother and even the local bishop does eventually engineer some sort of small miracle. Shot on hand-held HD digital, the film grows in visual confidence as well as emotional punch in its second-half village section, painting a vivid picture of a part of Egypt that may not make the TV news, but is equally worthy of our attention.