The Warrior and the Wolf (Lang Zai Ji) 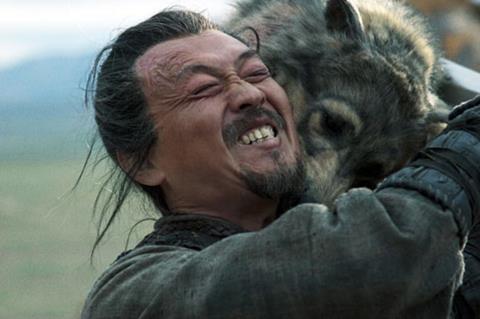 Angrily asserting that men are no better than ferocious beasts, doomed to fall prey eventually to their own victims, celebrated Chinese Fifth Generation director Tian Zhuangzhuang launches into a series of metaphors leading to other metaphors and flashbacks within flashbacks with the Warrior and the Wolf, set in ancient times as the Chinese Empire takes on the rebellions tribes at its borders.

Tian is asking even his most faithful followers to work hard here to unravel the unwieldy knots of his story, based on a short piece by Japanese writer Yasushi Inoue but expanded with numerous brutal battles sequences and several torrid sex scenes. The director’s reputation could secure this arthouse and certainly festival play, but critical support is less than assured.

Divided into three chapters, The Warrior and The Wolf takes place in an unspecified dynasty, allowing the art department free artistic rein with sets and costumes and giving the director liberty to claim that his allegory does not necessarily refer to the past alone.

The first chapter features General Zhang (Tou Chung-hua) and his army fiercely engaging the barbarian nomads, but the identity of the warriors or indeed the winner of the battles is never very clear.  One shepherd, Lu (Joe Odagiri), whose potential is immediately identified by the general, is taught the art of war and when Zhang is badly wounded, Lu replaces him to lead the retreat of the defeated army.

Trapped by blizzards, they take shelter in a village inhabited by a cursed tribe, the Harrans, in the middle of an area infested by wild wolves.

Most of the second chapter takes place in a shack, in which Lu finds a woman (Maggie Q) hidden in a pit whom he first repeatedly rapes and then saves from committing suicide, at which point they fall in love.

The final chapter takes place five years later, after the defeat of the rebels, when Zhang is dispatched once again to the borders with a letter confirming the Emperor’s acceptance of the terms of surrender. But this time, thewolves take fate into their own jaws.

Channeling what appears to be a constant rage, Tian rejects any historical or realistic reference. His cinematographer enhances the harsher aspects of every frame, with the winter episode in the Harran village shot predominantly in black and white.

Nervous editing stresses the relentless dynamics but doesn’t really help clarify the plot. Poetical moments of respite are few and far between and the three leads (interestingly, none Chinese), aren’t overly committed to characters which are essentially emblematic.

Interspersed titles give the audience some small guidance (beyond such evident statements as “in war one either kills or is killed”).  Among many possible options, one is free to interpret the myth of sinful humans transformed into wild wolves as the allegorical essence of our own nature and read into the hurricane erupting near the end of a the second chapter (courtesy of Berkeley-generated effects), some kind of supra-natural punishment.

Or you could take the whole picture as a warning to all victors that sooner or later they will be defeated, and vice-versa.