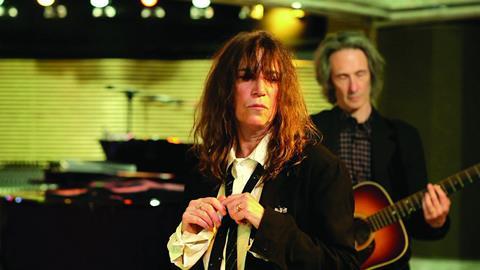 Vincent Maraval loves his work — although he readily admits that what he does would not be considered ‘work’ by most of the population. What he does not love is the state of arthouse cinema.

For a man who is renowned in film circles for his bon vivant approach to life and his deal-making acumen, some might be surprised to hear him nostalgic for the old days of world cinema. “What’s hard is watching something like Fellini’s Casanova and knowing a film like that just wouldn’t come out today,” says Maraval. “There is an auto-censoring that has taken over and everywhere people are looking for the most formatted films possible.”

“When there was a new Fellini or Bergman people went to see it, but now I don’t think anyone will go see ‘the new Kaurismaki’”.

The conservatism in today’s market, Maraval contends, has cut us off from the true sense of what the auteur movement of the 1970s was about. Instead of just keeping the term ‘auteur’, film-makers and the industry should have kept the theory behind it, he says.

“There are no new auteurs,” he says. “When there was a new Fellini or Bergman people went to see it, but now I don’t think anyone will go see ‘the new Kaurismaki’. You can’t keep doing the same films as before. People are looking for something else.”

Inflated local budgets have also made French production increasingly expensive, even if films such as The Concert or Little Nicholas were profitable for Wild Bunch. A French film, says Maraval, has an average budget of around $8.2m (€6m) — about the top budget for US indies.

And don’t get him started on actors’ salaries. He cites a couple of well-known French performers who earn between $408,000 (€300,000) and $2.7m (€2m) per film — before adding that US star Jessica Alba took just $50,000 for Michael Winterbottom’s The Killer Inside Me. “It’s totally disproportionate.”

The power of television

Because so much of French film is mandated by what can run on local TV — France’s pay and terrestrial channels have an obligation to invest in local cinema — Maraval says “French film is essentially produced for French TV so you end up with TV movies rather than movies for the cinema”.

He does not eschew the financing that comes from French television, it is just that with the legislated investment obligations comes an ironclad windows system. Currently, films are available via VoD three to four months after theatrical release. Maraval, however, would like to see French companies able to follow the day-and-date model employed by such US indies as IFC and Magnolia.

“When we have a film like [Jaco van Dormael’s big-budget fantasy] Mr Nobody that doesn’t work in theatres, we’d like to be able to release it three weeks later via other media in order to profit from the promotional campaign. But the legislation that protects film financing doesn’t protect exhibition of the films.”

This will only change, Maraval contends, “when we are at the precipice, when things are in such a state that there is no choice”. He adds, with irony: “What seems to be important is that French films are financed, not that they work.”

As for Wild Bunch itself, the company has grown from a sales outfit to adding French, Italian, Benelux and German distribution arms. The idea is to buy films in common for the territories. In terms of sales, Wild Bunch is obliged to put a film on the open market rather than give its sister outfits a leg up. In the case where Wild Bunch is a producer, however, the sister companies will either board from the outset or, if they choose not to, relinquish the ability to reverse that decision later.

Revenues on the sales side represent about 40% of the total of all Wild Bunch’s activities. The intent, says Maraval, is that the percentage will continue to fall. It is a good sign, he says, if the revenues from the other activities increase in terms of importance. “What would be good would be if sales represented about 25% of the whole.” In France, he adds, “I don’t think you can live just by export alone.”

■ Wild Bunch started in 1999 as a boutique sales arm within StudioCanal.