The BBC Worldwide chief executive and co-chair of UKTI’s sector advisory group reveals the global opportunities that exist for producers. 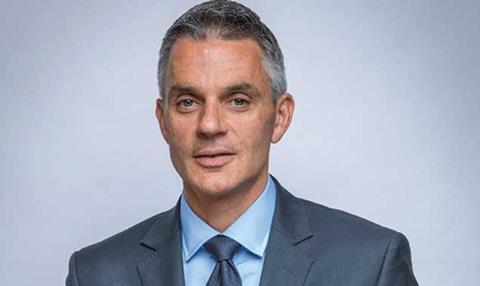 For some time now a number of sectors have had a very clear story and we wanted to emulate that success.

We wanted to ensure the creative industries were well represented and had a place where industry and government could come together to form one agenda and speak with a powerful voice.

One particular challenge is that the creative industries cover a very diverse set of activities and it is often incredibly difficult to draw a line in terms of where the boundaries are.

We started off by debating some very basic things in terms of where the export numbers stopped and started. Without this whenever people started to talk about the creative sector it was very difficult to get a handle on what was happening and what the priorities were.

By combining we could bring together all of the excellent sector bodies to create one overarching narrative. This gave us more influence and the ability to drive more exports

We now have the Creative Industries council which is responsible for the overall narrative, while the Advisory Group has its eyes on the international market, export and inward investment.

It’s chaired by myself and culture minister Ed Vaizey and includes sector bodies such as the Arts Council, RIBA, the Craft Council, British Fashion Council and PACT.

What are your aims?

We have three straightforward goals.

Frist we want to grow the level of service exports. In 2013 we did £17.9bn, up 34% over 4 years so this is already a success story - but we felt if you look at the speed of growth around the international market we could grow this to over £31bn by 2020.

Secondly we find that while many of the larger creative companies are naturally exporting and may need slightly less help, in many sectors the vast majority of creative industry businesses are small and yet to start to export.

We think that today there are about 7500 businesses exporting in the creative sector – we want to double that over the next five years.

We have found that some quite small interventions can be helpful. So initiatives like making sure smaller businesses understand who at UKTI to contact, what resource is available and getting to meet the right people at conferences can make a big difference.

The final area for focus is on inbound money.

We want to increase the share of direct foreign investment that the creative industries receive. We estimate we currently have about a 10% share and are targeting increasing that to 15%.

There’s no doubt that in the TV sector the film and high-end TV tax credits have really helped drive that figure – and we want to see similar gains made right across the creative sector.

How can smaller indies work with UKTI?

Creative industries are particularly powerful when they work in clusters and create alliances – we have seen that in areas like Salford’s MediaCity or the way in which the technology business has developed.

The first approach we take is forge alliances, such as the China Media Alliance set up with some top Chinese companies, to then help smaller firms strike deals.

Secondly creative industries weren’t previously part of the government’s high value opportunities scheme which looks for massive infrastructure and development projects like the Olympics and publishes the various contracts available.

We have added hundreds of creative companies from architects to design agencies and as a result small businesses are now able to get access to all those opportunities.

Then we are also making the case for inward investment. So we recently hosted a day at the Milan Expo for kids’ TV producers and then took 39 companies to Kidscreen in Miami.

A small animation company is represented by Animation UK working on the Sector Advisory Group, which helps steer the calendar of events where you can get involved.

It’s about making that first contact so people understand the opportunities which are available to them. That first job can make all the difference.

Why are the creative industries so vital?

We find these businesses have a highly catalytic effect on other sectors. So for example, British designers have a direct impact on the companies which supply them.

That makes the creative industries not only fascinating in itself but important in terms of the role it plays in the wider economy.