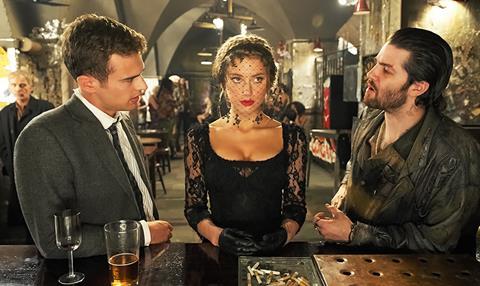 “We are greatly disappointed that TIFF decided to pull the film from the festival,” the producers said in a statement. “We have always loved launching our films here, but feel that in particular case there has been an ill-considered decision made against our rights.

“The timing and the content of the director’s lawsuit shows that it is a publicity stunt. The filing of [director] Mathew Cullen’s complaint violates the arbitration provisions of his own guild, the DGA. Sadly, Mathew can’t deal with the fact that he does not control the final cut of the movie.

“He was given two deadlines to deliver a ‘director’s cut’ and missed both deadlines. His guild has rules for withdrawing his name from the picture and he missed those deadlines. The production company will vigorously oppose the lawsuit.”

A statement released by the festival said: “We have recently learned of a legal matter that has arisen between the director and the producers of the film London Fields.

“We have worked to make our festival a public showcase for creative expression through the moving image. However, with uncertainty surrounding the creative vision for the version of the film scheduled to be screened on September 18, we feel it is only appropriate that we remove this film from the Festival lineup.

“We are hopeful that this matter will be resolved positively, and that audiences will have the opportunity to see the film.”

The impacted Toronto screenings are: