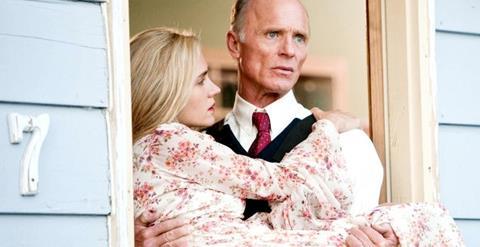 The slightly dreamy feel is nicely accentuated by a quirky pop-rock score.

Black’s name and Jennifer Connelly’s haunting lead performance may attract a modest audience of youngish art house fans but North American distributor eOne will face a big marketing challenge when it gives the low budget indie film a limited US release on May 18.

Independent distributors that acquire the film for international territories might get a little extra leverage out of the spooky Southern milieu.

Black (best known as the Oscar-winning writer of Milk) also wrote the screenplay, based loosely on his own childhood. Connelly (herself an Oscar winner, for A Beautiful Mind) plays Virginia, the beautiful but schizophrenic single mother of bright, sensitive teen Emmett (promising Australian actor Harrison Gilbertson, from Beneath Hill 60).

Mother and son dream of leaving their Southern boardwalk town but their lives are complicated by Virginia’s failing health and affair with the town’s married and devoutly Mormon sheriff (Ed Harris) and by Emmett’s budding romance with the sheriff’s daughter (Emma Roberts, from Valentine’s Day).

Criticised in Toronto reviews for perplexing tonal shifts and an overly busy script, the film still features occasionally confusing voiceover narration from both Virginia and Emmet and takes in a range of tones, from wistful to funny to scary to tragic. But for the most part it holds together and delivers some affecting moments and arresting images.