We Steal Secrets: The Story of Wikileaks 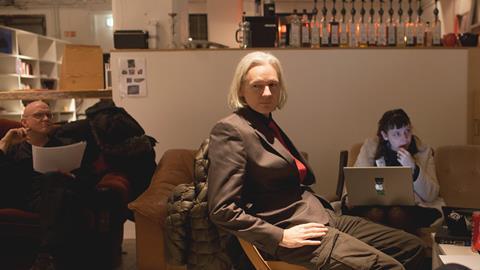 One of the surprises in We Steal Secrets, the latest nonfiction movie from the ever-prolific filmmaker Alex Gibney (Taxi to the Dark Side), is that it’s not the story of Julian Assange. While the infamous white-haired Australian hacktivist and Wikileaks founder is the star of this political documentary thriller, the film expands its reach to feature two important supporting players, most notably Bradley Manning, the US private who leaked massive amounts of classified documents to Wikileaks, as well as Adrian Lamo, the hacker who betrayed Manning’s trust.

Fans of Assange might be surprised to find that We Steal Secrets comes down fairly hard on the revolutionary figure, ostensibly blaming him on the organisation’s downfall.

We Steal Secrets lacks the emotional weight of Gibney’s Mea Maxima Culpa: Silence in the House of God, about child abuse and cover-ups in the Catholic Church, but it has the same high level of exhaustive research and engaging storytelling (though a few minutes could be shaved off the two-hour-plus running time.)

When Focus World releases the movie day-and-date on digital platforms and in cineamas in the US, it could generate some moderate interest and sales online, though piracy could be an issue for a film with this subject matter. Likewise, international audiences—particularly in Europe and Australia, where Assange is renown—will also take an interest in the documentary on television and other outlets. (And the material promises to only get more topical, with Manning’s trial date set for this summer.)

Gibney follows a largely chronological account of Wikileaks, which conveniently follows the neat narrative trajectory of a classic rise-and-fall story. Beginning even before the founding of the information-sharing website, the film starts off with a terrific pre-title prologue about the early “WANK worm” cyberattack in 1989 against the launch of NASA’s Galileo spacecraft. While no one has ever been held responsible for the computer virus, Gibney, pumping up the intrigue, speculates that Assange may have been involved.

The movie, then, explores several key incidents in Wikileaks’ ascent, from the releasing of bank documents in Iceland in 2009-2010, which revealed the wide extent of financial corruption within the country, to the dissemination of the infamous U.S. Apache helicopter kill video in Iraq, titled “Collateral Murder,” which fueled anti-war sentiment and brought wider international attention to Wikileaks and Assange, whose reputation seems to build at the same rate as his ego and paranoia.

But then the film pivots to the story of Manning. A troubled young Midwestern boy with gender identity issues, Manning gets sent to Iraq, despite his superior’s better judgment, and becomes further isolated and disgruntled, while wishing he could be a woman. Gibney effectively employs text messages exchanged between Manning and Adrian Lamo to get into the young soldier’s troubled mind. Manning comes across as a sad and lonely person, using the emoticon of a crying face ;’( and seeking out companionship even if it means getting caught.

Returning to Wikileaks, Gibney recounts other mammoth leaks, from the Afghan and Iraq War logs to the State Department diplomatic cables, while also probing the sensationalistic Swedish rape allegations against Assange that coincidentally erupted at the same time. But the film shrewdly squashes the conspiracy theories and reveals the banal truths behind the sex case.

We Steal Secrets is impressively researched, including interviews with nearly everyone involved, from a former CIA director to Assange’s second-in-command to one of the Swedish women who accused Assange of rape. However, the filmmakers did not have direct access to Manning, who is in a military prison, and Assange, who is hiding out in Ecuador’s consulate in the UK.

For a story about “information,” Gibney successfully keeps the story moving, both narratively and cinematically. There’s a great bit, for example, when Manning relates how he exfiltrated hundreds of thousands of documents, while listening to Lady Gaga’s song “Telephone”—which Gibney cranks on the soundtrack along with a dazzling digital display of transferring data.

Fans of Assange might be surprised to find that We Steal Secrets comes down fairly hard on the revolutionary figure, ostensibly blaming him on the organisation’s downfall. Still, at the same time, Gibney’s film remains sympathetic to the cause. Indeed, it’s this complexity that makes We Steal Secrets more than just a standard profile of a famous man and his infamous and celebrated mission.